Junagarh Fort, previously known as Chintamani, is situated in Bikaner. Karan Chand, the prime minister of Raja Rai Singh, supervised the construction of the fort. The construction of the fort was started in 1589 and ended in 1594. The fort was attacked many times and only Kamran Raza, son of Mughal Emperor Babur, was able to win it and that too for one day only. At that time, Bikaner was ruled by Rao Jait Singh. The fort includes palaces, temples, gates and many other structures.

Bikaner is a city of Rajasthan state situated in the northwest. The city was founded by Rao Bika in 1486AD. Bikaner was previously a forest area and was known as Jangladesh. His father Maharaja Rao Jodha founded the city of Jodhpur. Rao Bika has the ambition of having his kingdom rather inheriting it or the title of Maharaja from his father. So he built the city of Bikaner at Jangladesh. In 1478, he built a fort which ruined. After 100 years, Junagarh fort was constructed. 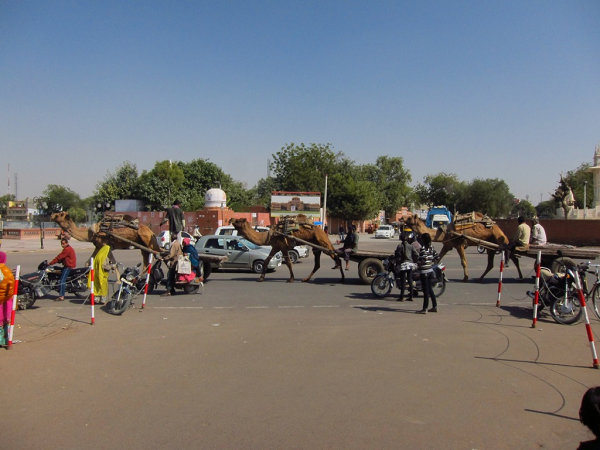 Junagarh Fort is opened for the public at 10:00am and closed at 4:30pm. The fort is opened on all days of the week including government holidays. It takes around two to three hours to visit the whole fort as there are many structures inside that the tourists can visit.

Tourists have to pay an entry fee to visit Junagarh Fort. For Indian tourists, the cost of the ticket for adult is Rs. 50 and for students Rs. 30. For foreign tourists, the cost of ticket for adults is Rs. 300 and for students Rs. 150. Tourists can use still camera free of cost but they have to pay Rs. 100 for carrying video camera.

Best time to visit Junagarh Fort and Bikaner is from October to March. December and January are very cold but still tourists can enjoy visiting the place. The period from April to September is hot and humid and unpleasant weather will not let the visitors enjoy visiting.

There are many hotels in Bikaner that range from inexpensive budget hotels to expensive five-star hotels. Some of the popular hotels of Bikaner are as follows −