The Rajput king Raja Rai Singhji was the sixth ruler of Bikaner who accepted the sovereignty of Mughals. He was given a high position in Mughal army and he won territories for Mughals. He received rewards from them in the form of jagirs in Gujarat and Burhanpur. He earned a large amount of revenue through these jagirs and built Junagarh Fort at Bikaner. The construction of the fort was started in 1589 and completed in 1594. 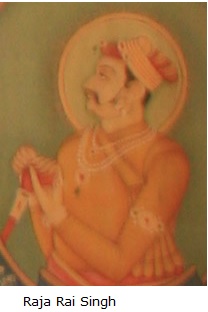 Anup Singh ruled Bikaner from 1669 to 1698 and built many palaces and Zanana quarters for females. He renovated the Karan Mahal and named it Anup Mahal. He also converted some parts of the palace to Diwan-i-Aam.

Junagarh Fort under Other Rajput Rulers

Gaj Singh ruled Bikaner from 1746 to 1787 and built Chandra Mahal. He was succeeded by Surat Singh who ruled from 1787 to 1828. He decorated the Diwan-i-Aam with glasses. Dungar Singh ruled the city from 1872 to 1887 and built the built a palace called Badal Mahal. The palace was given such a name as the king was inspired by a painting of rainfall.

Ganga Singh, one of the Rajput rulers, got the title of Knight Commander from the British. He represented the British at various places like First World War conferences and Versailies Peace Conference and so he was given the title.

He built many halls, Ganga palace, and durbar hall. He also became the owner of the Lalgarh Palace which he got from the British. He shifted to the palace in 1902 and left the Junagarh Fort. The palace has now been converted into a hotel and the royal family lives in one of its suite.

Junagarh Fort under the British

British signed a treaty in 1818 with Maharajas of Bikaner and the city came under the sovereignty of the British. The treaty was signed after the British intervened in the battle and put it down that was being fought between the rulers of Bikaner and Jodhpur. Two entrances of the Junagarh fort were damaged.