Junagarh Fort is one of the massy forts of India that was built in 1589. Many rulers came and ruled over Bikaner and constructed many structures inside the fort. The fort is designed in a rectangular pattern on a plain land in Bikaner. It is one of the forts in Rajasthan that is not built on a hilltop like Chittorgarh Fort or Jaisalmer Fort. The fort has 37 bastions or burj used to attack the enemy through cannons.

Dimensions of the fort 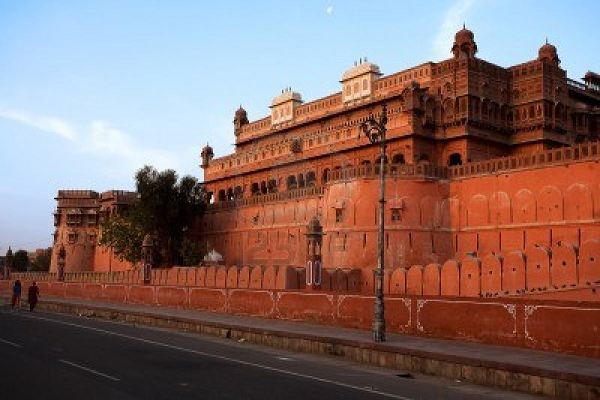 Structures inside the fort

There are seven gates inside the fort out of which two are main gates. Besides these, the fort has many Hindu and Jain temples, pavilions, palaces, and many other structures. One of the great features of the fort is the stone carving that was done with red and gold sandstones. Rajasthani style was used while painting and decorating the interiors of the fort. 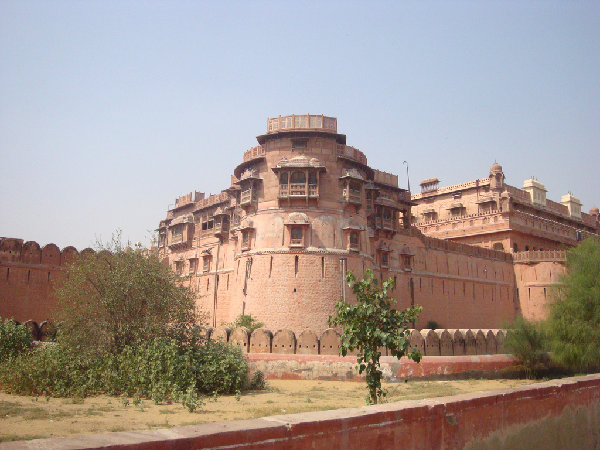 One other feature of the Junagarh fort is the large number of rooms built in a palace as the kings did not want to live in the room of their predecessors. Because of having several structures in the fort, it has become a monument of composite culture. The monuments that were built earlier in the fort have Rajput architecture. Later Gujarat and Mughal architecture were also used. Semi-Western architecture was also used for building some of the monuments.

The structures were made from red sandstones that were brought from Khari and Dulmera quarries. Each storey has different number of palaces. Second storey has 15, third storey has eight, fourth has eleven and fifth has five palaces.