Jaigarh Fort - How to Reach?

Jaipur is connected various cities by air, rail, and road transport. Some of the nearby cities with their distance from Jaipur are as follows − 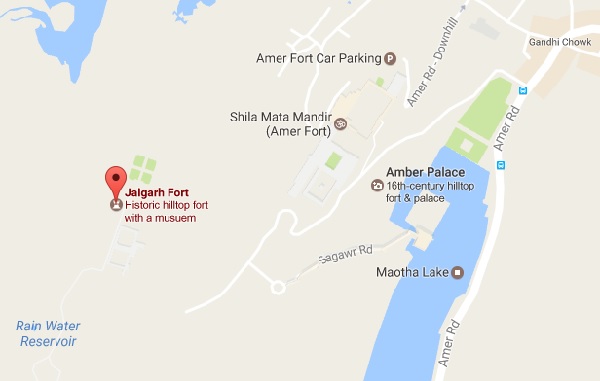 Jaipur is connected to various major cities by air as the city has its airport at Sanganer which is 12 km away from the city. International and domestic flights land here. The airlines whose national and international flights land in Jaipur are Jet Airways, Air India, Oman Air, SpiceJet, and IndiGo. 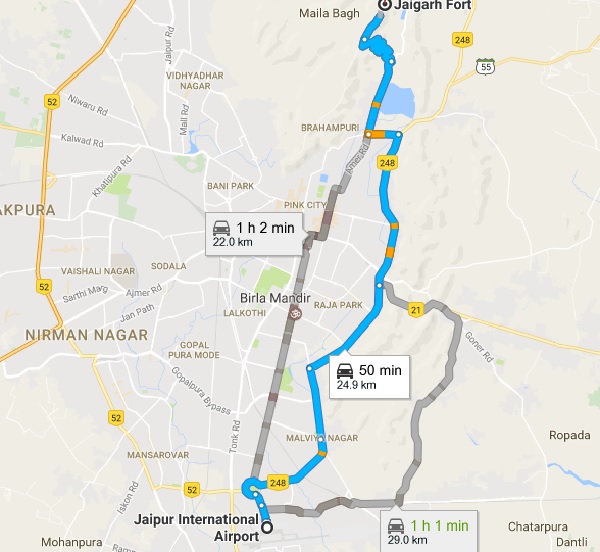 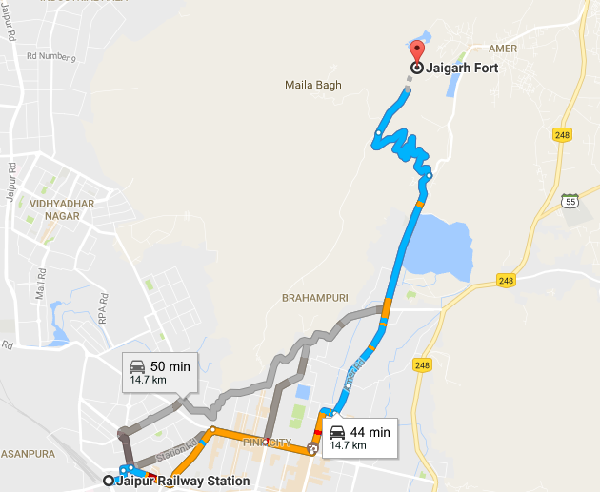 Jaipur is connected to many cities through a network of national highways. Bus services are provided by Rajasthan State Road Transport Corporation (RSRTC) to go to and come from Delhi, Agra, Ahmedabad, Ajmer, Udaipur and many other cities. The tourists can get both AC and non-AC buses for various routes. The buses can be boarded from Sindhi Camp bus stand.

In order to visit various places in Jaipur, tourists can get the facility of prepaid taxis which they can get from railway stations and airport. Cycle-rickshaw and three-wheelers are also available to go to the places at short distance. Besides these, local mini-buses, and AC and non-AC low-floor buses are also available. Metro rail is under construction though Mansarovar to Chandpol bazar is functional.