History also says that Jaigarh Fort is as old as the Amer Fort. The fort was built by Meenas during their rule in Amer. Since they worshipped Goddess Amba so they named the town as Amer or Amber.

Kachwahas took over the city of Amer from Meenas and ruled during the Mughal period and later. During the rule of Aurungzeb, the fort was given to Raja Jai Singh II who renovated the fort. Raja Jai Singh also built the city of Jaipur which was his dream project. Like Jaigarh fort, Jaipur was also planned by Vidyadhar. 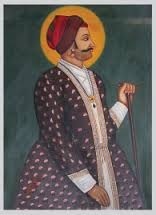 During the Mughal period, the fort was used to keep weapons which was used in the wars. During the rule of Shah Jahan, Dara Shikoh looked after the work in the fort. When he was killed by his brother Aurungzeb, the fort came under Raja Jai Singh who renovated the fort.

During the rule of Akbar, Raja Maan Singh accepted to come under Akbar’s rule through a treaty. It was stated in the treaty that the kingdom that Maan Singh will win will come under Mughal rule and the treasure will belong to Maan Singh. He won many places in Afghanistan and others and got a huge treasure which was kept in Jaigarh Fort. Jaigarh Fort is also known as Victory Fort as nobody was able to capture the fort.