The walls of the fort are very thick and are made up of red sandstone. The length of the fort is 3km and the width is 1km. There are many structures built inside the fort which include Laxmi Vilas, Lalit Mandir, Aram Mandir, and Vilas Mandir. Besides all these, the fort has a beautiful garden which still exists. The largest cannon on wheels, known as Jaivana, is also there in the fort.

Jaigarh Fort has a square shaped garden which is spread in an area of 50m2. The name of the garden is Charbagh as it is divided into four equal parts. Each part of the garden has flower beds containing different species of flowers. The garden is located in the courtyard of the fort. 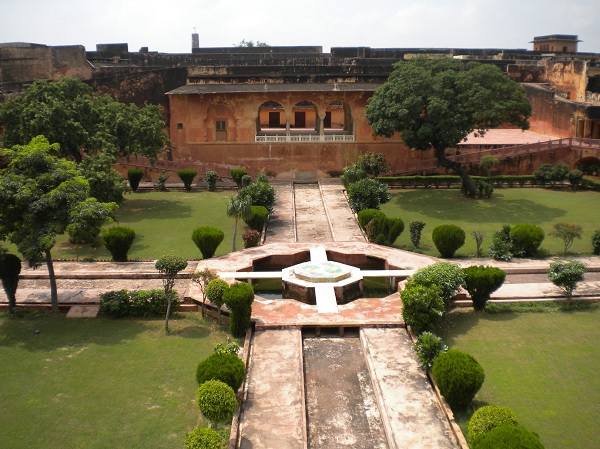 The palaces of the fort have large halls and court rooms. The windows were screened which looked very beautiful. There is a central watch tower that was built on a raised platform. Another noticeable thing is the Awani Darwaza from where Sagar Lake can be viewed. The gateway is triple arched and is painted with red and yellow colors.

There is an armoury chamber where the tourists can find various weapons like swords, muskets, guns, and cannon balls. There are also pictures of Maharajas like Sawai Bhavani Singh and Major General Man Singh who was the one of the senior officers in Indian army.

Jaivana cannon is the largest cannon on wheel developed in 1720. As Rajputs and the Mughals have very friendly relations, the cannon was never used. The cannon was used only once to test its range. When it was filled with gunpowder of 100kg and fired, the range was found to be around 35km. The cannon was developed during the reign of Sawai jai Singh II. The length of the barrel is 6.15m and weight is 50 tonnes. 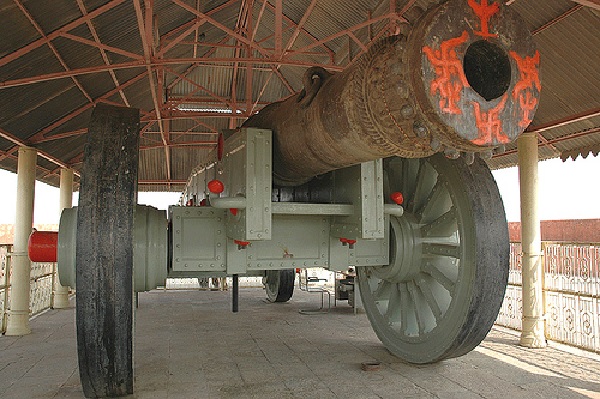