Jahanpanah Fort had been built in a very large area. The fort has now been ruined but still many monuments like tombs, mosques, palaces and other structures can still be found. Some of those structures are Begumpur Mosque, Bijai Mandal, Kalusarai Mosque, Sarai Shahji Mahal etc.

Adilabad Fort was a small fort built within the fortified city of Jahanpanah. The design of the fort is similar to that of Tughlaqabad Fort. There are four gates in the fort which were located in the direction of southeast, southwest, east and west. The gates in the southeast and southwest have chambers whereas east and west gates led to the courtyard of the fort. A tank called Satpula was built for the water supply. 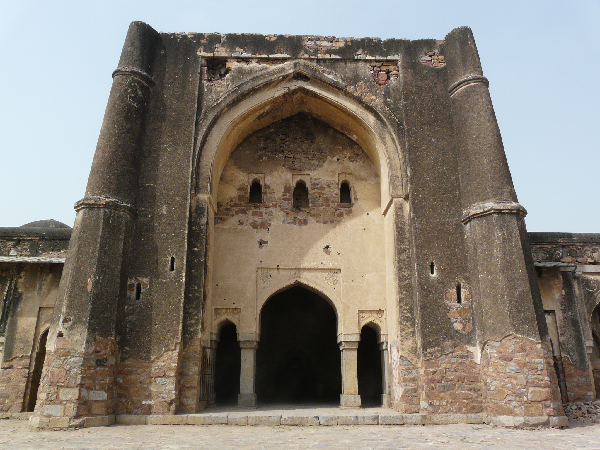 Begumpur Mosque has now been ruined and only some remnants of the mosque can be seen. The area of the mosque was 90m x 94m. The courtyard of the mosque measured 75m x 80m. Zahir al-Din al-Jayush was an Iranian architect who planned the layout of the mosque. 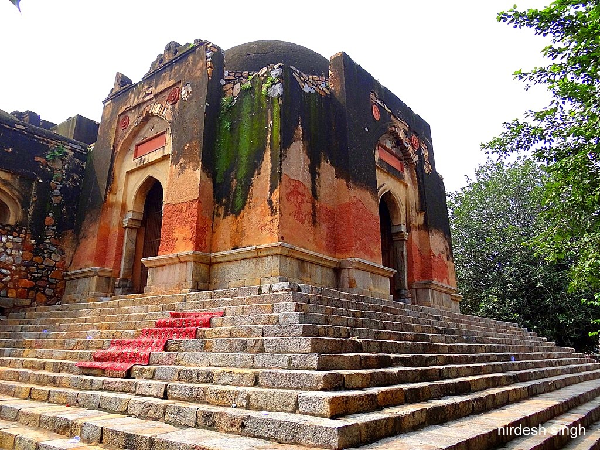 There were three gates to enter the mosque. Each gate had a covered passage. The wall on the western side has mihrab, minarets and a dome in the centre. The prayer hall has carvings but the walls and the columns were mostly plain with no decorative elements. There are chhajjas on each side of the mosque. The Bijai Mandal palace was linked to the mosque through the northern gate. The eastern gate is on the road side and the people can enter the mosque through the staircase.

Bijai Mandal is spread in the area of 74m x 82m. The dome of the palace is square in shape This Toughlaqi structure is octagonal in shape and is built on a raised platform. People can enter the palace through the gates built in all the four directions. The palace had many chambers and a large hall known as Hazar Sutun Palace. 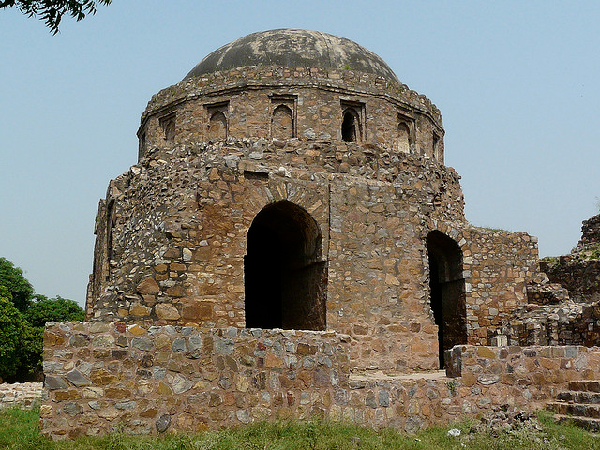 The king and the royal people came here to enjoy the surrounding environment and the music. There are two large openings in order to enter the apartments in the palace. Bijai Mandal is also considered as a palace of Alauddin Khilji

Kalusarai Masjid is located near the Bijai Mandal and is in a very bad condition. Khan-i-Jahan Maqbul Tighlani built the mosque whose design is same as the other mosques built by him. The mosque has small domes which were arranged in sequence. These domes depict the Tughlaqi architectural style.

Sarai Shahji Mahal was built near Begumpur Mosque by Moghul emperors. Sheikh Farid’s tomb is nearby the palace who built many sarais, a mosque and a village named Faridabad during the reign of Akbar. There are two buildings attached to each other but there is no connecting point internally. 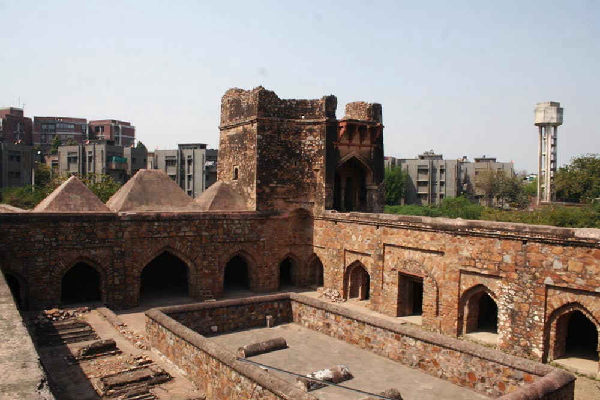 Out of both buildings, the first one is rectangular in shape having a large courtyard in the centre. There is a walled structure in the courtyard in which there are many graves. The second building has a single room which can be accessed through three doorways. There is a balcony over the doorways that is supported by brackets made up of red sandstone.

Lal Gumbad is the dome of the tomb of Sheikh Kabir-ud-din Auliya, disciple of Sufi Saint Roshan Chiragh-e-Dehli. The tomb is situated near Tughlaqabad fort and was built in 1397. The exterior walls of the tomb are made up of red sandstone. The roof of the tomb has a dome which was topped with gold finial. 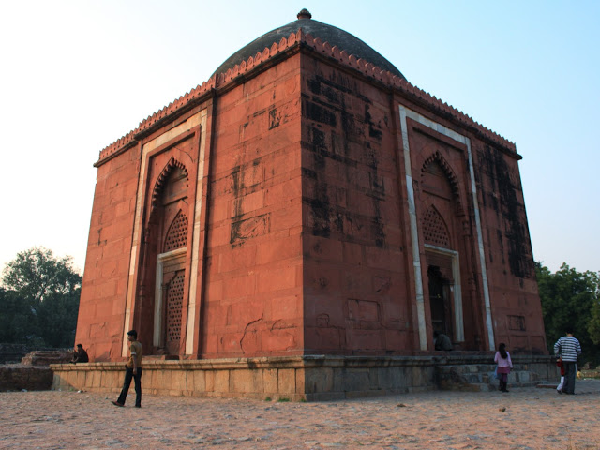 The entrance of the tomb is on its eastern side which is surrounded by a band of white marble. The gate has an arch with lotus bud design. One more arch is there above the gate having red sandstone jaalis.

Kharbuze ka Gumbad is a small pavilion with a tiny dome made up of a stone whose shape is like that of a half sliced melon. There is a cave below the pavilion where saint Kabir-ud-din Auliya used to spend his nights. The canopy is balanced on a pile of stones and supported by pillars.