A legend says that Indradyumna was a king who worshipped Lord Vishnu very much. Once the king was informed that Lord Vishnu has come in the form of Nila Madhava so the king sent a priest named Vidyapati to search for him. While travelling, Vidyapati reached a place where Sabaras were residing. Vishvavasu was the local chief who invited Vidyapati to live with him.

Vishvavasu had a daughter named Lalita and Vidyapati married her after sometime. Vidyapati noticed that when his father-in-law returns, his body had a good smell of sandalwood, camphor, and musk. On asking his wife, she told him about the worship of Nila Madhava by her father. Vidyapati asked his father-in-law to take him to Nila Madhava. Visvavasu blindfolded him and took him to the cave. Vidyapati took with him seeds of mustard which he dropped on the way so as to remember the route to the cave.

Vidyapati informed the king so he came to the place but, to his disappointment, the deity disappeared. In order to see the deity, he observed fast unto death on Mount Neela. Once he heard a voice saying that he will see the deity so he sacrificed a horse and built a temple and Narada installed the idol of Sri Narsimha in the temple. 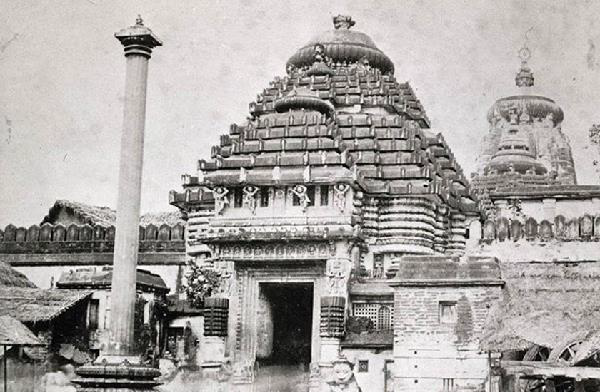 One night he slept and saw Lord Jagannath in his dream. He also heard a voice telling him about a fragrant tree and ordered him to make idols from it. So the king made the idols of Lord Jagannath, Balabhadra, and Subhadra. Along with it, he also made the Sudarshan Chakra.

Invasions on the Temple

The temple was invaded by many rulers and the count goes to eighteen. The temple was plundered and looted because of enormous wealth present in it. Due to these attacks, the idols of Lord Jagannath, Balabhadra, and Subhadra were transferred to various places in order to save them.