How does the electronic configuration of an atom relate to its position in the Modern Periodic Table?

The elements are arranged in the modern periodic table in increasing order of atomic number and help in arranging the elements according to their electronic configuration. As elements having the same number of valence electrons show similar chemical properties, they are placed under the same group.

Periodic table: A periodic table is a tabular display of all the chemical elements that are arranged by the order of their atomic number, electronic configuration, and recurring chemical properties.

It displays the names, atomic numbers, symbols and atomic weights of known elements. It serves as a great tool for solving chemistry problems. 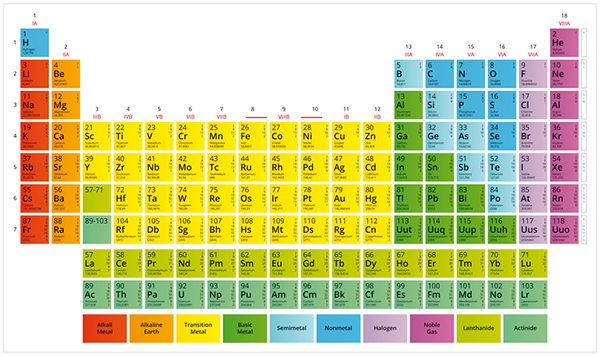 The periodic table is important because it is organized to provide a great deal of information about elements and how they relate to one another in one reference. The table can be used to predict the properties of all the elements, even those that have not yet been discovered.]