Feroz Shah Kotla fort was also called Khusk-i-Feroz which means palace of Feroz. It was built in an irregular polygon shape Yamuna river is on the east of the fort. Malik Ghazi and Abdul Hakk designed the fort. The fort is mostly ruined but is still visited by the tourists. The entrance and exit gateways have been ruined.

Sultan Timur was impressed by the design of the fort. The fort was abandoned in 1490 after the defeat of Tughlaq dynasty. Though the fort is ruined but tourists can still find some of the monuments like Ashokan Pillars, Jami Masjid, Baoli etc.

The Ashokan pillar is placed to the north of the Jami Masjid. King Ashoka of Mauryan Empire built the pillar between 273 and 236 BC in Topra, Ambala. Feroz Shah Tughlaq brought the pillar from Ambala and established it into the fort. The height of the pillar was 13m. In order to install the pillar successfully, a pyramidal structure of three storey was constructed. 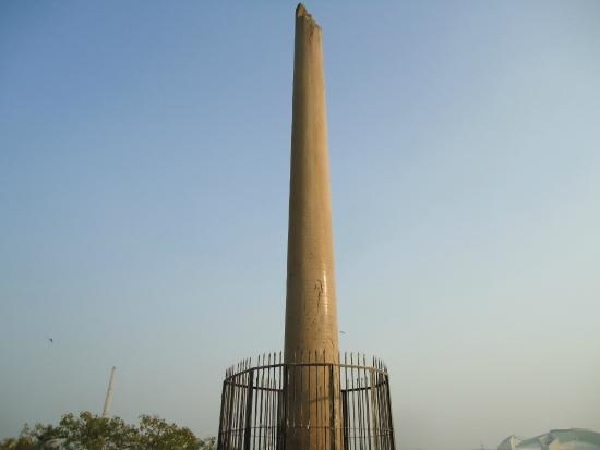 The pyramidal structure was built by using black and white stones with a kalash on top of the pillar. The pillar was beautifully decorated and was named Minar-i-Zarin. Some inscriptions can be found in Ashokan Pillar which were written in Prakrit and Brahmi scripts. Ten Commandments of Buddha are also there which led to the spread of Buddhism during Mauryan period. The best time to see the pillar is during the day when sun’s rays directly falls on it and it shines like gold.

There is a Baoli which was filled with water. The baoli is three-tiered and is connected to many pipelines. During the period of Tughlaqs, the river flowed below the ramparts. The cisterns were connected to the river which provided water to baoli through pipelines. 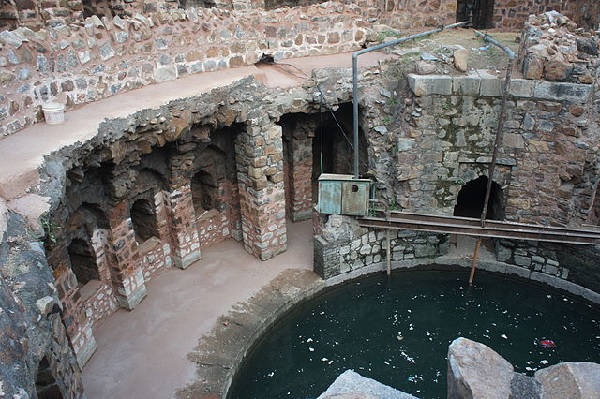 Hawa Mahal is pyramid-shaped palace which was linked to the private rooms. The floors of the mahal are linked with private rooms through a corridor. The building has three storeys and there is a staircase at the corner which moves to the terrace of the building. 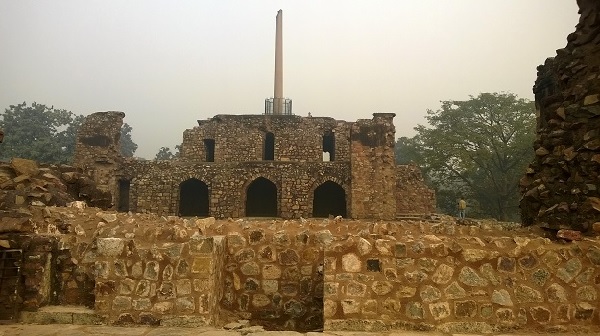 Jami Masjid is very close to the Ashokan Pillar and is one of the oldest mosque which is still in use today. Quartzite stone was used to build the mosque which was plastered with lime. There was a very big courtyard along with a prayer hall which was used by the royal ladies. The prayer hall has now been completely ruined. 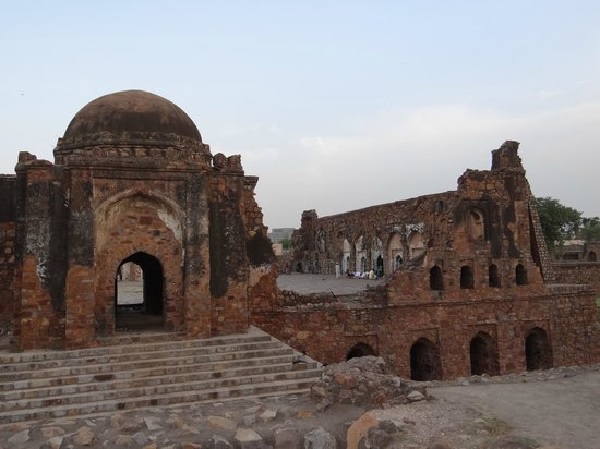 In this mosque, Emadul Mulk, a Mughal Prime Minister, killed Mughal Emperor Alamgir Sani In 1398, Timur came and prayed in the mosque. He was so impressed by the design that he built a mosque with the same design in Samarkand, Iran.