The Jama Masjid was built in 1571AD. Iranian architecture along with Mughal architecture have been used to build the mosque. It is one of the largest mosques in the world which can be entered through Buland Darwaza. The chhaja is very slanting and square chhatris surround the brackets of the chhajja. 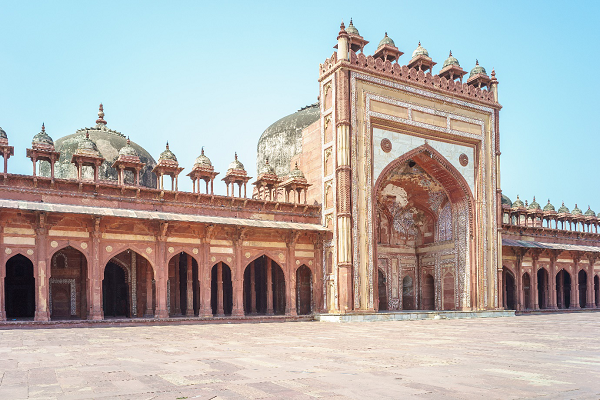 The mosque has a large courtyard where the people can come and worship in congregation. Around 25,000 people can worship in the mosque at a time. People can enter the mosque through north, south and east sides by using stairs. The tower of the mosque is of five storeys out of which first three storeys and the fifth storey are made up of red sand stone and the fourth is made up of marble.

Akbar built the Ibadat Khana in 1575 to hold meetings with the religious leaders of different religions. The participants include Hindu, Jains, Roman Catholics, and Zoroastrians. These discussions were held every Thursday evening. Akbar has the aim of reconciling different religions which included Sufism, Bhakti Movement of Hinduism, and Fire Ceremonies of Zoroastrianism, and Jainism. 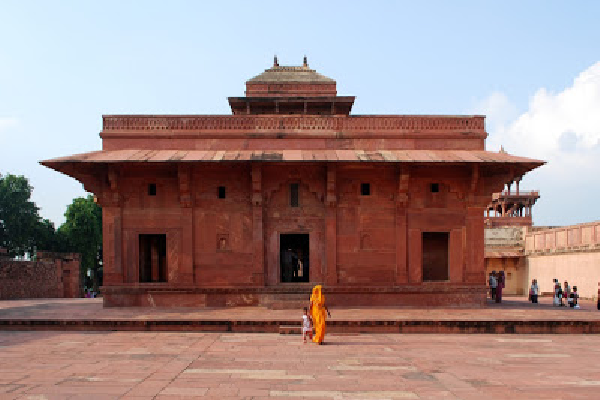 He created a new faith called Din-i-Ilahi. Akbar stopped eating non-veg due to the influence of Jainism. Animal slaughtering was prohibited on Paryushan and Mahavir Jayanti, the festivals of Jains.

Jamat Khana is situated on the east of Salim Chishti’s tomb. This was the place where Sheikh Salim Chishti used to worship with his disciples. As all other monuments, it was also built with red sandstone. Sheikh Haji Hussain was buried after his death in 1591 so it was made a graveyard and many followers of Sheikh Salim Chishti were buried here. The graves of males can be identified by the verses of the Holy Quran while women graves can be identified by flat bard called takhti. 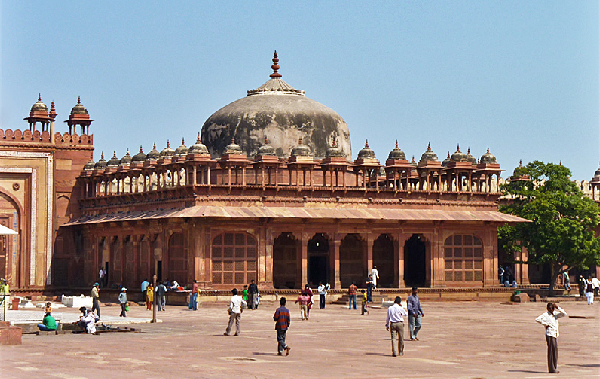 Tourists can reach the courtyard through a magnificent gate. The chamber inside is the tomb of Islam Khan, grandson of Sheikh Salim Chishti. The chamber looks square in shape from outside but octagonal from inside. Yaran Chabutra or friend’s platform also has the graves of the disciples of the saint. Tourists can enter this platform through Badshahi Darwaza situated on the east of the Jamat Khana.