Anup Talao is a tank in front of the khwabgah. The tank is made up of red sandstone. There is a jalied balustrade at the center along with a raised seat. There was a water work system to which the tank was connected to fill it up with fresh water. The tank was also connected to the Sukh Tal to prevent overflowing of water. The panels in the tank has the scenes of forests and gardens. 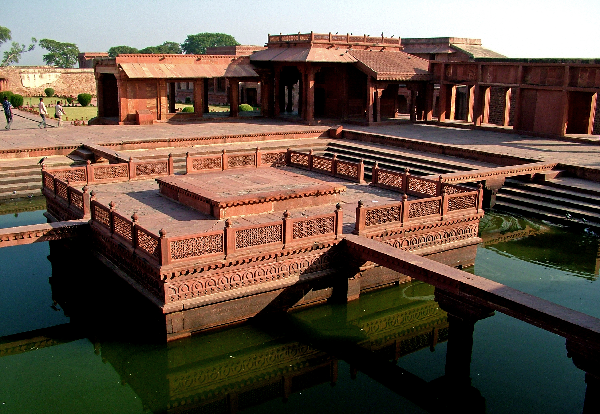 Hujra-i-Anup Talao is a small structure having carvings on friezes, brackets, and pillars. The ground floor a pavilion having a verandah and a portico. This connects the tank to khwabgah. There are carvings on the structure which has floral designs along with bells and herring-bone shapes.

Naubat Khana, also known as Naqqar Khana or drum house, was situated at the entrance. The court musicians beat the drums if an announcement was to be made to the public. If a royal person or king arrives to or departs from the city then also the drum was beaten. Besides the drums, musicians used to play Shehnai if there is a wedding or a festival celebration. 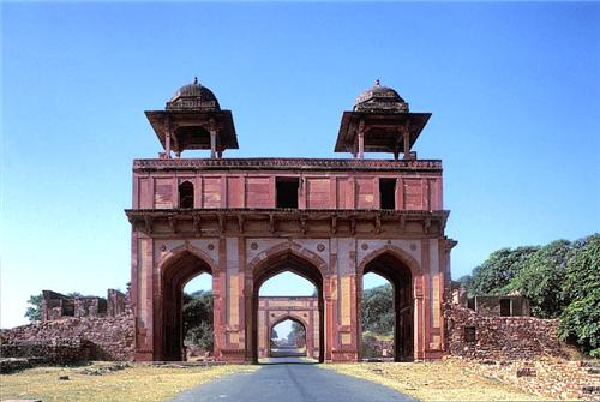 Pachisi is a game just like chess and was played during the Mughal period. A Pachisi Court was built by Akbar to play the game. A ground with black and white checks was built and humans were used instead of mohras to play the game. 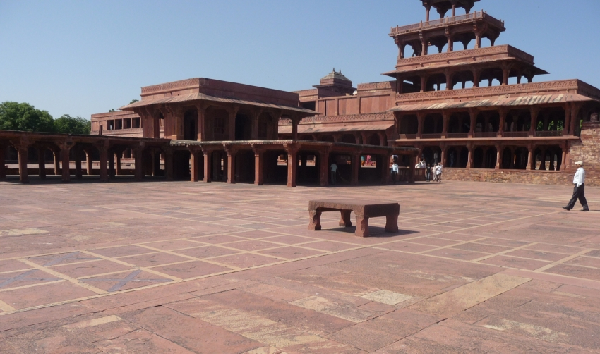 The court was built near Diwan-i-Aam between 1572 and 1575. The slab is of the courtyard was made up of red sandstone with black and white checks. Emperor Akbar used to play this game with his queen and other important royal members.

Hiran Minar was built by Akbar to commemorate his favourite elephant that’s the reason it was built on its remains. It is said that the topmost of the tower was used to put a lamp to show the way to the travellers. This lamp is called Akash Deep or Heavenly Light. The height of the tower is 80 feet. 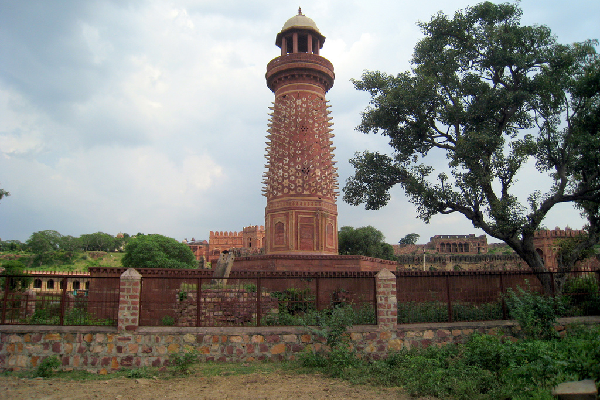 The ground floor of the tower is octagonal, middle is circular and the top is reduced in size and has a dome crowned capital. The exterior wall includes stones which seem like elephants tusks. There is a spiral staircase inside which leads to the top of the tower.