Diwan-i-Aam and Diwan-i-Khas are the two halls in the complex. Diwan-i-Aam was used to address the local public, hear their complaints, and do judgement while Diwan-i-Khas was to hold meetings with royal people, courtiers, and guests.

Diwan-i-Aam is situated near Agra Gate. The dalan of the hall is divided into 111 bays through square pillars. The throne chamber of the hall faces east. It is said that Akbar worshipped sun so it was made in such a way that it faces east. This chamber has three parts. In the center, emperor used to sit and address the people. 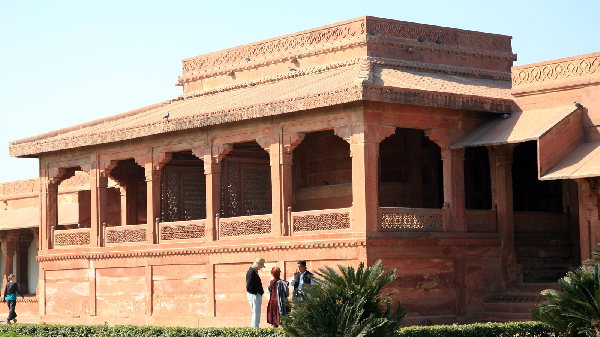 On one side of the center there is a wide space while on the other side there is a portion from where royal ladies can see the dealings. A beautiful screen has been used to mask this portion. There is no dome in the building but still it looks beautiful due to its pillars, brackets, chhajjas, and kiosks which are placed at regular intervals.

Diwan-i-Khas is the building in the complex which was used by the emperor to welcome royal guests and hold royal meetings. The building is very close to a treasury of gold and silver which is known as Ankh Michauli. 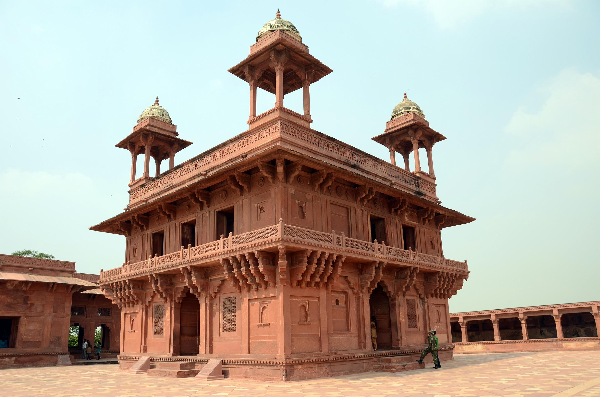 The building is in square shape and is made up of red sandstone. Diwan-i-Khas has four faces and all of them are double-storeyed. Each corner of the building has four octagonal kiosks. Each kiosk has a dome which is topped with an inverted lotus. The main hall has 36 brackets which are arranged in a circle.