Brihadeeswara Temple is located in Thanjavur that has a long history. Though the year of foundation of the city is not known but it is believed that the city existed during the Sangam period that was from 3rd century BC to 4th century AD.

It is also believed that in the Battle of Venni, Chola king Karikala fought with Cheras and Pandyas and also faced invasion by Mutharayars. Later on the city was ruled by Cholas.

Chola king Vijayalaya defeated Elango Mutharayar and conquered Thanjavur in 850AD. He worshipped Goddess Nisumbhasudani and so built a temple. Aditya succeeded Vijayalaya and ruled the city. King Rajaraja Chola constructed Brihadeeswara Temple in 985AD which was one of the great construction of the Cholas. 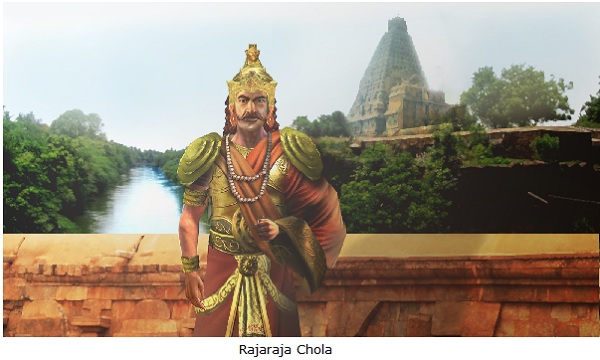 Pandyas captured Thanjavur two times, first in the period of 1218-1219 and second in 1230. In 1230, Pandyas defeated Rajaraja III who was sent to exile. Rajaraja III sought help from Vira Narsimha II who belonged to Hoysala dynasty. After sometime Pandyas annexed whole of the Chola kingdom and ruled Thanjavur from 1279 to 1311. 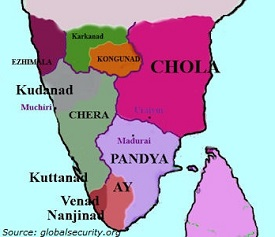 Ekoji of Bhonsle dynasty was the half-brother of Shivaji and conquered Thanjavur in 1674AD. This dynasty ruled Thanjavur till 1855. Maratha rulers were fond of Carnatic music. In 1787, Amar Singh usurped the kingdom from Serfoji, his nephew. But later Serfoji regained his throne with the help of the British. In 1855, British annexed Thanjavur after the death of Shivaji who didn’t have a male heir.

Rajaraja Chola I constructed the temple whose foundation was laid in 1002CE. The temple was based on the Chola style architecture which included multifaceted columns and square capital signals. Many religious events were conducted here which included daily rituals done by the king.