Boojho wants to make yarn from fibre at home. Which of the following will he use to carry out the task?

Explanation: The process of making yarn from fibres is called spinning. In this process, fibres are drawn out and twisted. This brings the fibres together to form a yarn. A simple hand-operated device used for spinning is the charkha. 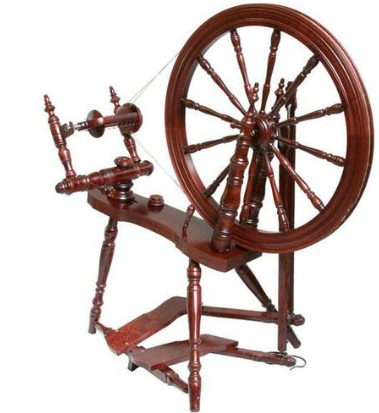 Spinning: It is a process of making yarn from fibres called spinning. It includes the process of making thread out of raw fiber (cotton, wool, flax, silk). The process uses fibres from a mass of cotton wool which are drawn out and twisted. Through this fibres come together to form a yarn.

Spinning can be done by hand. Later on, takli and charkha were widely used for this process. On a large scale, spinning is done with the help of machines.
[Note: Gandhiji used to work on a charkha. He made it a symbol of our freedom movement during the war of independence as it symbolised manual labour.]