Bhadra Fort was built by Sultan Ahmad Shah in 1411. He was also the founder of the city of Ahmedabad and the city was named after his name. Many mosques, temples, palaces and other structures were also built in the fort. The fort is mainly famous for Teen Darwaza which was the entry to Maidan Shah. 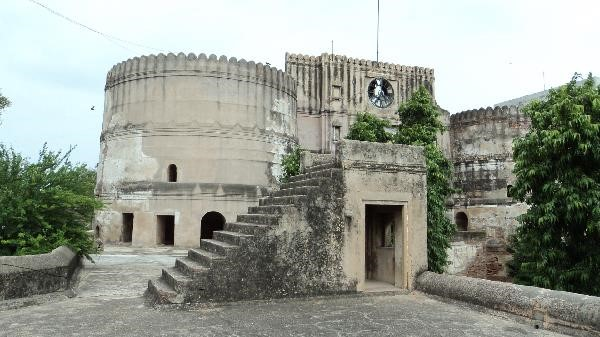 Bhadra Fort is opened for the public from 9am till 5pm. It takes almost one hour to roam around the whole fort and visit various structures inside the fort.

There is no entry fees to visit the fort and people can enter the fort free of cost. The fort has lost its charm and now many markets operate here. There are only a few buildings left to be visited.

Currently, there is no entry fees for the fort and people can visit it without paying anything. There are no security rules though police keeps a watch so that no mis-happening may occur. Nobody is allowed to throw waste here and there and if found doing so is penalized.