The total area of the fort is around 43 acres which included 14 circular structures, mosques, palaces and many other structures. Now some of the parts have been removed and currently the fort looks like incomplete Manek Burj. The fort was built on the basis of Islamic architecture as it has arches, balconies and lattice work.

There are eight gates in fort out of which three are big gates, three are mid-sized, and two are small gates. In 1545, the fort was occupied due to urban development so Mahmud Begada built a new fort. The outer wall of the new fort had the circumference of 10km. The number of gates were 12 whereas the number of bastions were 189. 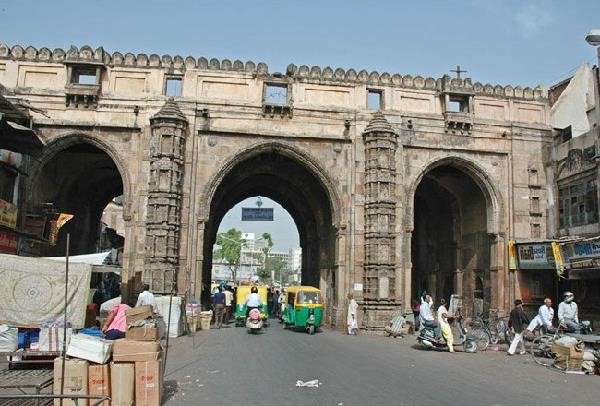 The main entrance was known as Piran Pir Darwaza also known as Bhadra Darwaza. At the north of the fort, there is another main gate called Lal Darwaza and Bhadra Kali temple is situated outside this gate. Ganesh Bari is the third gate located at the southwest. The two gates on the west are Baradari Darwaza and Ram Darwaza.

Ahmad Shah mosque was built by Ahmad Shah in 1414AD. The mosque was used by the royal people for offering prayers. The outer wall of the mosque is plain having pointed arches. 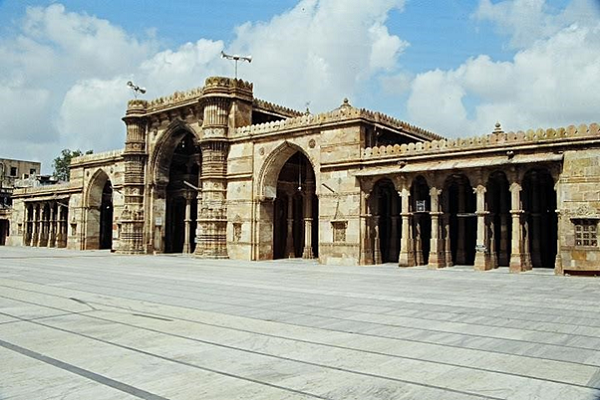 There are five large domes along with small domes which are beautifully ornamented and are supported by pillars. It is considered as the oldest mosque of Ahmedabad.

Maidan Shah was an open space located on the east side of the fort. There is a long and broad square having palm, date, citron, and orange trees. This space was used for royal processions and polo sport.

Teen Darwaza was built by Ahmad Shah I in 1415. Teen Darwaza or triple door was an entrance to the fort that led to Maidan Shah. It is called teen darwaza due to three arches which are 25-feet high. The courtyard or maidan shah had a fountain along with a raised terrace in the center. 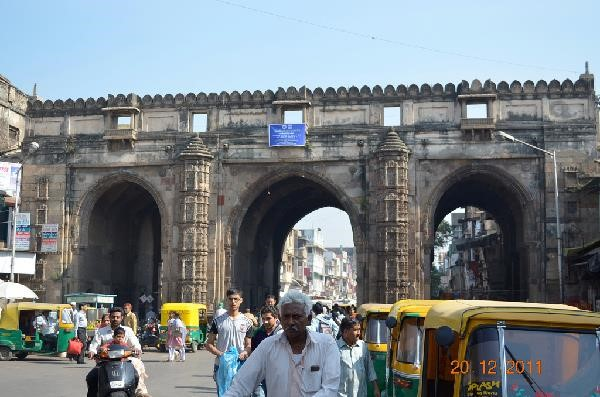 Manek Chowk is in the center of the city which is a marketplace. Here people can buy vegetables from the vegetable market in the morning. Noon time is for jewellery market and evening time is for food and snacks. Another popular thing one can get in the Manek Chowk is Kulfi.

Azam Khan Sarai was built by Azam Khan in 1637. The entrance has the height of 5.49m which leads to an octagonal hall. The building was used by travellers to rest. During the time of British, the building was used as a hospital and jail. In order to hang the prisoners, there was a gibbet which was used during British era. 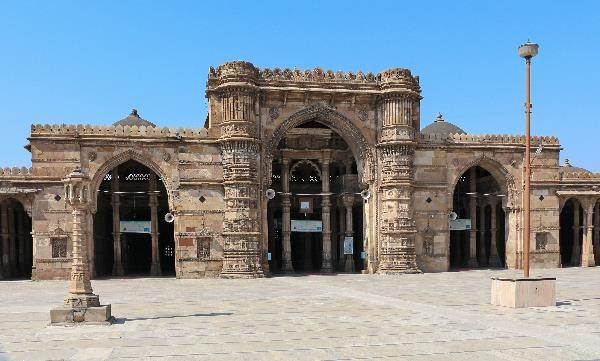 During the Maratha reign, a room of Azam Khan Sarai was changed into Bhadra Kali temple. The temple includes a black statue of Goddess Kali with four hands. There is a legend which says that there was a watchman named Siddique Kotwal who saw Goddess Laxmi. The watchman asked her not to leave the fort unless he gets the king’s permission. Kotwal beheaded himself so that the goddess remain in the city and the city becomes wealthy. 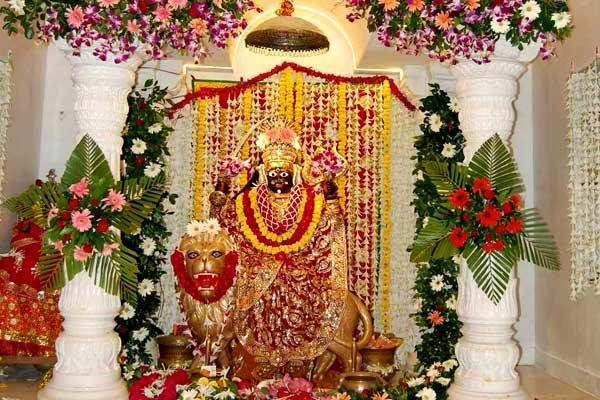 The British brought the clock tower and installed it in the fort. During the night time, a kerosene lamp lit-up the tower which was replaced by electric lamp in 1915.