Agra Fort was built by Raja Badal Singh and the fort was previously called Badalgarh Fort. Later on, Lodi dynasty captured the fort and after that the fort came under Mughal dynasty who renovated the fort. The fort is constructed in Agra and is around 3 km away from Taj Mahal.

The fort is constructed with red sandstone which was brought from Rajasthan. History says that around 4,000 builders worked daily to complete the construction which came to an end after eight years. Agra Fort is now listed under UNESCO World Heritage sites. 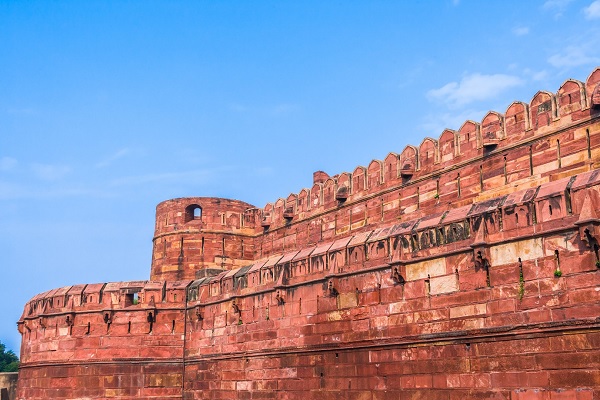 There is also a provision for foreign tourists that if they purchase Agra Development Authority (ADA) toll tax ticket for Rs. 500, there is no need to purchase other toll tax tickets and they can visit many monuments like Taj Mahal, Akbar’s Tomb, Fatehpur Sikri, Itmad-ud-Daulah Tomb on the same day. For the next day they will again have to by ADA tickets. No toll tax has to be paid on Fridays for any monument.