Mina Masjid was built by Shah Jahan for himself and the royal ladies to offer prayers. This was the reason that the mosque was built close to the palaces of women. The mosque is surrounded with high walls and it has a very simple construction. There is a prayer chamber with a mihrab facing west. There are tiles made up of marbles and brackets to support chhajja.

Moti Masjid was built by Shah Jahan between 1648 and 1654. The mosque is built near Diwan-e-Aam. The interior of the mosque is built by marble while the exterior is made up of bricks. Due to the usage of pearly white marble, the mosque came to be known as moti masjid or pearl mosque. The direction of the prayer chamber is in the west as Muslims face Mecca while praying. 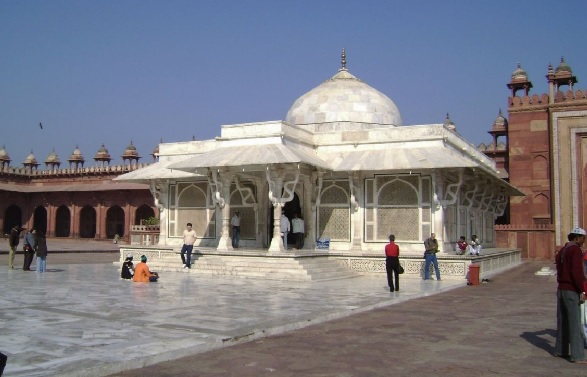 A porch with twelve pillars and an arch covers the three sides of the mosque. The beautiful main gate has arches with three chhatris. The mosque has three domes whose parapets have been designed according to the Hindu architecture. Women prayer halls are built on either side of the main prayer hall and have marble screens.

Nagina Masjid was built by Shah Jahan near Moti Masjid. The mosque was built between 1631 and 1640AD. The whole mosque is built with marble and has a very simple architecture. There are three domes on top of the prayer chamber. 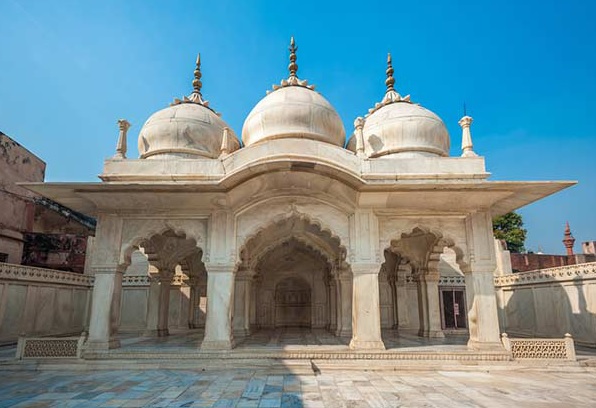 There is a mihrab in the prayer chamber that faces the direction of the Holy Kaaba in Mecca. There are three domes out of which the central one is larger than the other two.