The Diwan-e-Aam or the house of audience was built by Shah Jahan between 1631 and 1640. The hall measures 201 feet by 67 feet. The gateways of the hall are made of red sandstone. The hall is divided in to three aisles. The front part of the hall has nine arches. The red sandstone building is plastered with white plaster to make it look like marble building. The emperor used to address the people from a raised rectangular chamber which is also made beautifully. 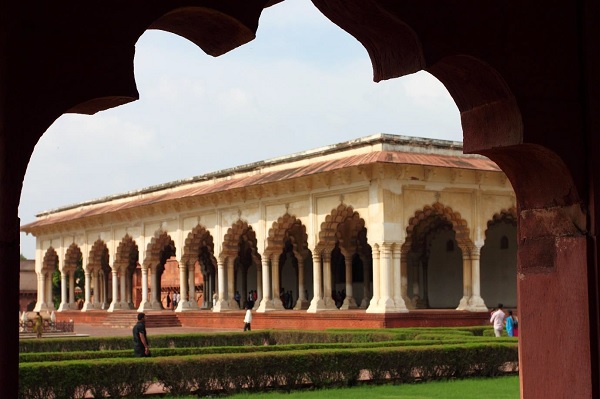 There is a throne room called Takht-i-Murassa which is built with marble. The royal ladies could see the ceremonies through the windows located on left and right sides of the chamber. There was a baithak below the chamber for the wazir to sit on it.

Diwan-e-Khas or hall of private audience was a hall in which the emperor dealt with ambassadors, kings, and other royal people of other kingdoms. Diwan-e-Khas was built in1635 with two halls out of which the inner hall was called Tambi Khana. 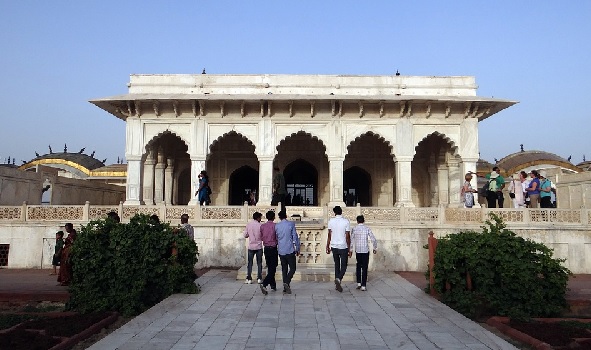 The ceiling of the hall is covered with leaves made up of gold and silver to resemble sun’s rays. The borders of the chambers are decorated on floral patterns while the middle portion is decorated with various types of carvings.