Ajmer is directly linked to many major and small cities of India via rail and road network. Ajmer does not have its airport but Jaipur and Delhi are the nearest airports from where many domestic and foreign flights depart. 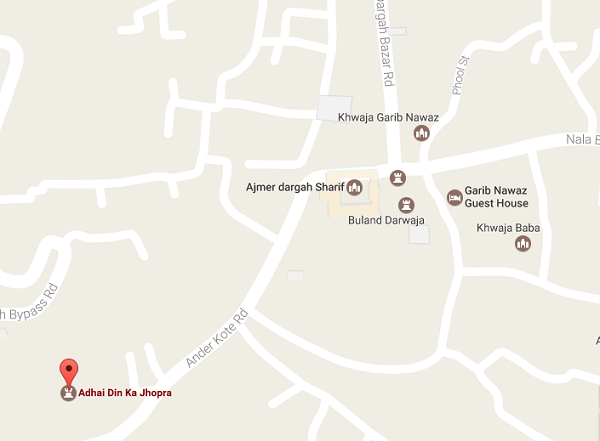 Ajmer does not have airport but the nearest international airport is Sanganer airport of Jaipur which is around 130km away from Ajmer. Tourists who want to visit Adhai Din ka Jhonpra can come to Jaipur by air and then catch a train or bus or hire a taxi to come to Ajmer.

Ajmer is well-connected to many cities in India through railway network. Rajdhani, Shatabdi, Janshatabdi, Garib Rath superfast and fast trains along with passenger trains have stoppage here. Many trains also originate and terminate here. The trains connect Ajmer to all the metropolitan cities except Chennai. 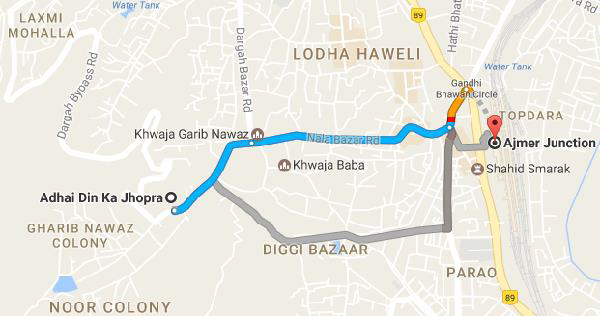 Rajasthan State Road Transport Corporation runs deluxe and semi-deluxe AC and non-AC buses from Ajmer to Delhi, Jaipur, Mumbai, Allahabad, Lucknow and other places. Besides this, there are private bus and taxi operators that provide conveyance to other cities. 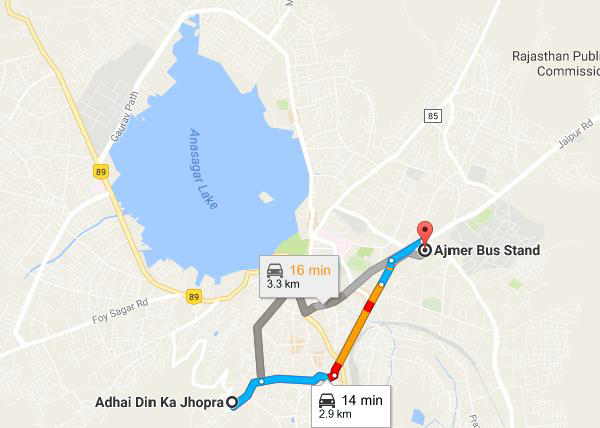 Tourists can move around Ajmer either through auto rickshaws or taxis which can be hired for a fixed period of time. Another mode of local transport is the local bus which carries people to their destination.