A fashion event is a very special occasion, especially for the people who are passionate about fashion, such as fashion designers, fashion models, show organizers, and, of course, also for the fashion-loving spectators. At fashion events, a variety of new clothing designs are displayed. In some shows, jewellery designs are also displayed with the purpose of marketing.

What is a Fashion Event?

An event is a pre-planned special occasion that occurs on a pre-decided date. It could be a one-day program, a two-day program, or even a week-long program. So, a fashion event is a programme that is organised by a group of fashion designers to display their new clothing designs. It is approximately a one-week program; therefore, it is also known as "fashion week" and it is organised twice a year all around the world. 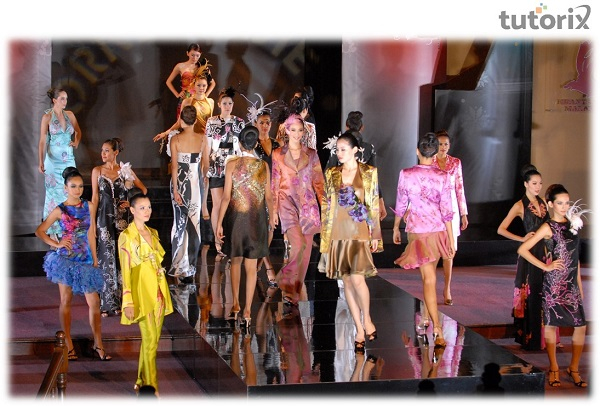 At a fashion event or fashion week, fashion designers, brands, or houses display their newly designed clothing and other related accessories to their buyers and media people. To make it more attractive and influential, newly designed dresses are displayed by beautiful female models and handsome male models, respectively. These models walk on the ramp and flaunt the designers’ dresses and related accessories to the buyers and media.

Interestingly, the Chambre Syndicate de la Haute Couture has set up another set of rules to regulate and determine Haute Couture houses. To run this house consistently and meet the expected criteria, certain rules were also made. As per the norms, this house was responsible for presenting a certain number of dress shows to the Paris press, which were later transformed into the proper fashion events.

What are the Top Most Events of the World?

There are many fashion events across the world; however, among them, four are the world’s top most fashion events, held every year in Paris, New York City, London, and Milan. These four fashion events are popularly known as the "Big Four" and are also the fashion capitals of the 21st century. These four centres are monumental fashion heritage sites, which are well-structured, organized, and run by the most praised and creative fashion designers of today’s world.

The first official and documented Paris Fashion Week was organised in October 1973 as Haute Couture, Ready-to-Wear.

The Paris fashion week is bound to follow certain domestic laws under which the organisers cannot allow any model who is below the age of 18. However, later, this age limit was decreased to 16. In addition to this, during Paris fashion week, no model with a body mass index of zero is allowed to attend.

New York Fashion Week is a semi-annual fashion show, as it is organised twice a year in Manhattan, New York City, NY, USA. Held in February and September of every year, New York fashion event is 7 to 9 days’ show, where world’s top brands and fashion designers display their newly designed collections.

The first New York Fashion Week was organised in 1943 by Eleanor Lambert. He was the press director of the American fashion industry and it was their first promotional organization. 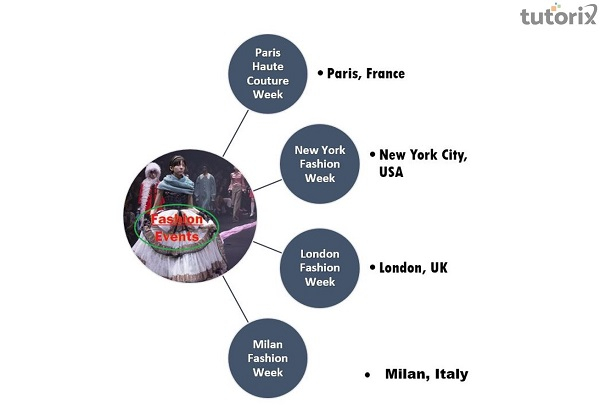 One of the "big four" fashion weeks, London Fashion Week is organised in February and September of every year (twice a year). It is organised in London, the capital of the United Kingdom.

It was first inaugurated in 1983 by the British Fashion Council for the London Development Agency, supported by the Department for Business, Innovation and Skills.

Held in Milan, the fashion capital of Italy, Milan Fashion Week is one of the biggest clothing trade shows. It is organised in February/March as the winter/autumn event and in September/October as the spring/summer event of each year.

Milan Fashion Week, which was first inaugurated in 1958, is organised by the Camera Nazionale della Moda Italiana (The National Chamber for Italian Fashion). The National Chamber for Italian Fashion, which organises and hosts the Milan fashion shows, is a non-profit association that systematises, coordinates, and promotes the development of Italian fashion.

In addition to these "big four," some other popular and prominent fashion events are: