Why is Lord Hanuman also known as Bajrang Bali?

It is actually Vajr-ang which means, the one who has a body (ang) like a diamond (Vajra) which can’t be broken. Bali means the one who possesses strength. Hence, it says that Hanuman is so powerful with a great body. 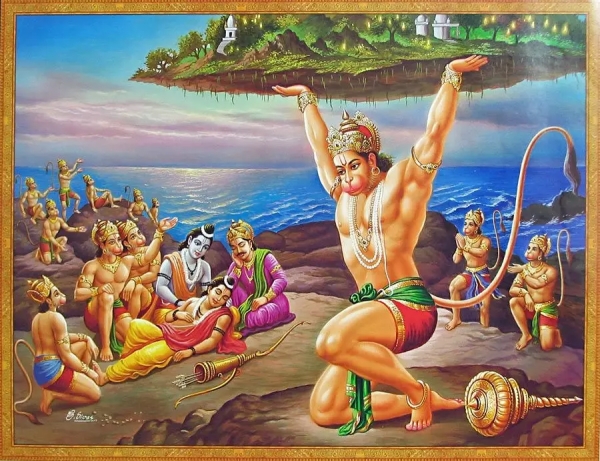 Maruthi, the son of Marutha or Vayu, was a mischievous boy who tried to eat Sun mistaking him to be a fruit. Being the son of Vayu, he could fly farther distances and reached the sun very easily. Indra, the lord of Devathas who saw this, mistook the little boy as some demon and threw his Vajrayudha to stop him from consuming the Sun. This hurt Maruthi and made a dent on his face, after which he was called by the name Hanuman.

When the Vajrayudha (Indra’s weapon) hurt Hanuman, he fell unconscious and Vayu came to his rescue, took him into a cave and got enraged that his son got unconscious and drew all the air (Vayu) from the world. As all the living beings struggled to breathe, the whole army of gods like Brahma, Indra, Surya, Kubera, Varuna, Yamaraj etc. came there and pleaded Vayu to perform his duty. Brahma made Indra apologize for his hastiness and revived the consciousness of Hanuman. After seeing this, Vayu was pacified. 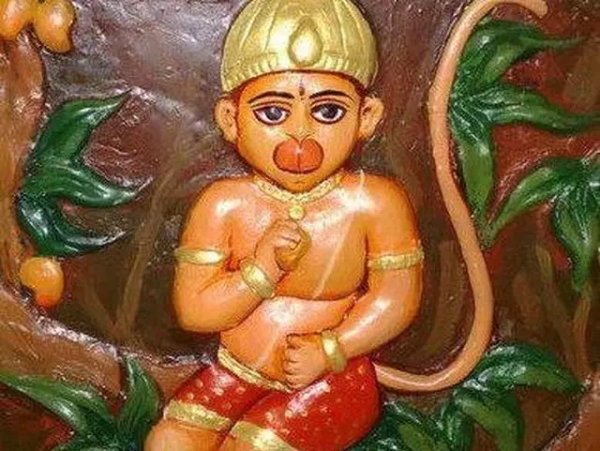 All the deities were happy that Vayu was relieved and Hanuman is fine now. Vayu blew the wind back into the world. Then Indra blessed Hanuman with powers like immunity from all sorts of weapons making him Vajradeh (body like a diamond) and gave him the name Bajrang Bali. All the deities were so pleased and granted him many boons like extreme speed, effulgence, wisdom, no fear of death (Chiranjeevi). Lord Brahma has granted Hanuman with all the Eight Siddhis and Nine devotions, along with a great boon that the world’s deadliest weapon Brahmastra can never harm him.