Why do the two oceans in Alaska don't mix?

The Gulf of Alaska holds a spectacular view which seems to be the confluence of two oceans, whereas it is actually the glacial meltwater meeting the offshore waters. The color variations found here, draw a clear line between these two oceans. The heavier clay materials with iron and sediments at that harbor at the gulf, make the waters at gulf appear darker than the glacial meltwaters. 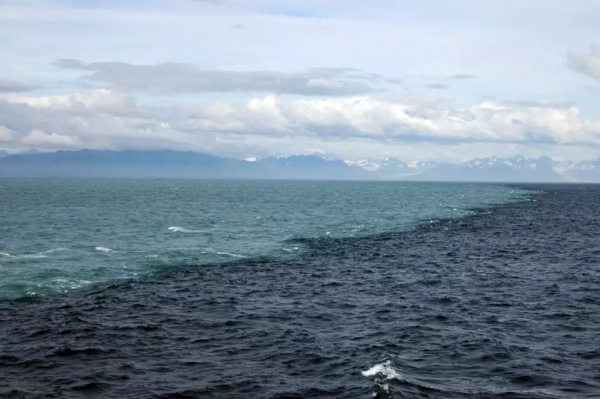 The differences in water density, the salinity, and temperatures of both these oceans keep their waters demarked and separated. This phenomenon is called Water Stratification. The nutrients present don’t mix and the photosynthesis process for the plankton present in oceans is limited. Hence the concentration of planktons present also differs, which in turn absorb light and scatter in different directions.