Why dinosaurs are known as the ancestors of birds?

The hunt for the ancestors of birds has started when scientists found the fossils of Archaeopteryx in the 1860's. They discovered that the Archaeopteryx was an intermediate between birds and reptiles. After further research, the scientists discovered that birds have evolved from small carnivorous dinosaurs of the Late Jurassic era. This was further supported by the recent discovery of fossils from China, South America etc.,

Further research showed that bird's specific features like feathers began to emerge long before the evolution of birds. Though birds are much smaller than their dinosaur ancestors, they have a close resemblance to dinosaur embryos. Such Adaptations later have paved the way for modern birds’ distinguishing features like wings and agile beaks. 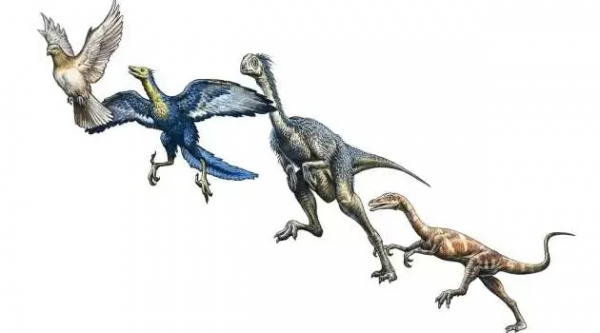 According to the research published by Stephen Brusatte, the paleontologist at the University of Edinburgh in Scotland, “A bird didn’t just evolve from a T. rex overnight, but rather the classic features of birds evolved one by one; first bipedal locomotion, then feathers, then a wishbone, then more complex feathers that look like quill-pen feathers, then wings,” Brusatte said. “The end result is a relatively seamless transition between dinosaurs and birds, so much so that you can’t just draw an easy line between these two groups".