Who is Rapunzel? What's her story? 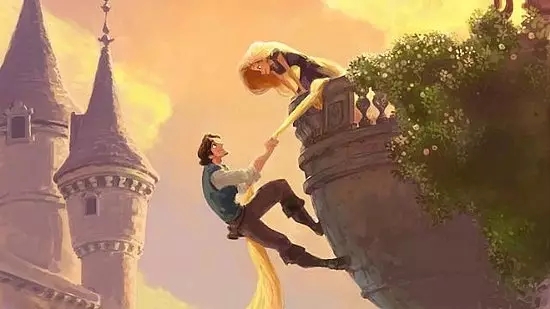 The Story of Rapunzel

There was an evil witch named Dame Gothel who used to have a walled garden in her premises with Rapunzel plants all over. There lived a couple at her next door who were longing to have children. After a few years, the wife gets pregnant and wants to eat that Rapunzel plant in the witch’s garden. Hearing her craving for that, her husband steals some and gets for her which she likes and wants more of it.

While her husband does this for some more times, the witch catches him one day and gets enraged for stealing her fruit. When he pleads her, she leaves him on a condition that their child should be given to her after it was born. Having no other option left, he reluctantly accepts.

When the day came, the wife delivers a beautiful daughter with golden hair. The witch takes her to raise as her own daughter and names her Rapunzel, after the same plant that her mother craved for. When she grows into a beautiful teenager with long golden hair, Gothel keeps her in a tower in the middle of woods, that has one room and one window with no way that lets out. She comes to the window and would call Rapunzel asking her to let her hair out using which the witch used to climb and reach her. For doing this, Gothel uses to say, “Rapunzel, Rapunzel let down your hair so that I may climb thy golden stair”. 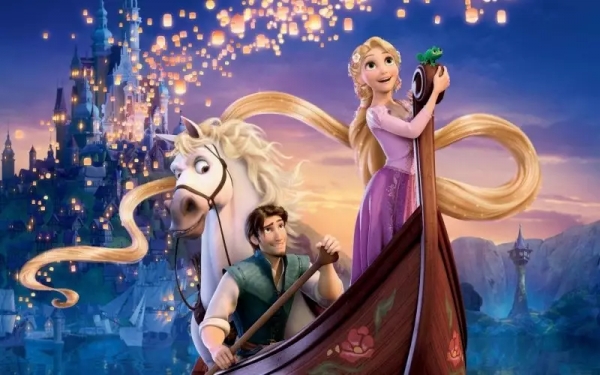 One day Rapunzel sings in her beautiful voice sitting by the window. A prince who is passing that way listens to her and wants to see her. But he could not find any way to reach her. Every day he comes and listens to her beautiful songs. One day he happens to observe the witch going up the tower using Rapunzel’s hair. After she leaves, he tries the same and meets Rapunzel and they both fall in love. The prince proposes to her and she happily agrees to marry him.

They could get out of that room and Prince continues to visit her every day after the witch is gone. When Rapunzel gets pregnant, the witch will come to know and becomes very angry. She throws her into the wilderness by cutting off her hair. When the prince comes to visit Rapunzel, Gothel suspends the cut hair after climbing which the prince faces the witch. Gothel throws him out into the bushes and the thorns make him blind.

After some time Rapunzel gives birth to twins, a boy, and a girl. Eventually, they both meet and with his touch, she gets back her hair, and the tears rolled out of her eyes restore his eye-sight and they happily live ever after.