Who is Kumar Vishwas? Why he is so much known as poet?

Dr. Vishwas Kumar Sharma, popularly known as Kumar Vishwas is not a regular celebrity but has a quite an interesting story. Born in Gaur Brahmin family in Ghaziabad, he left his engineering to pursue masters and Ph.D. in Hindi literature and went on to become a poet. 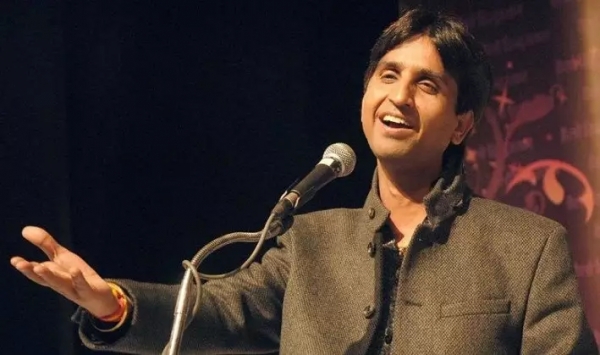 "It was a tough decision to quit engineering. But, I was not made for machines. So, if I would have continued with engineering, I would have become a below average technocrat. When asked what would I achieve in life by becoming a poet, my only reply was that I would earn enough to have a shelter and food at least. That would be enough for me if I can continue with my poetry. Who knew at that time that I would be paid 10 lac per night performance one day."

Kumar Vishwas is a college professor turned poet, social activist and a politician, known for his oratory skills, controversies of sexual harassment, and even plagiarism. He went on to become an international performance poet, mainly on Shringar Ras ( love, beauty, and romance). At the same time, his writings include lashing at corruption, atrocities against women and the empowerment of women and patriotism.

Currently, he is the National Executive of the Aam Aadmi Party (AAP).