Which was the first battle in India fought with artillery?

The first battle of Panipat, in India, was fought between the invading forces of Babur and the Lodi Empire. This battle started on 21st April 1526, in a small village called Panipat, which is now known as Haryana State in North India. This war was known for the beginning of the Mughal Empire and also one of the earliest battles in which gunpowder, firearms and field artillery were used for the first time in India. 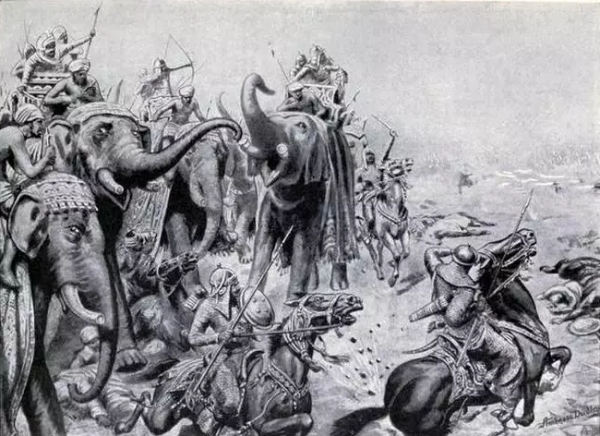 The highly ruling army of Ibrahim Lodi, Sultan of Delhi was defeated by the Mughal forces of Babur, the Timurid ruler of Kabulistan, in 1526. The biggest advantage to Babur’s army was that Babur had guns which have become the decisive factor. Ibrahim Lodi lacked any kind of field artillery and the sound coming from the cannons of Babu's army have frightened Ibrahim's elephants. This caused great loss to Ibrahim because his own men were crushed under the feet of the frightened elephants.