Which of the following distance-time graphs shows a truck moving with a speed which is not constant? 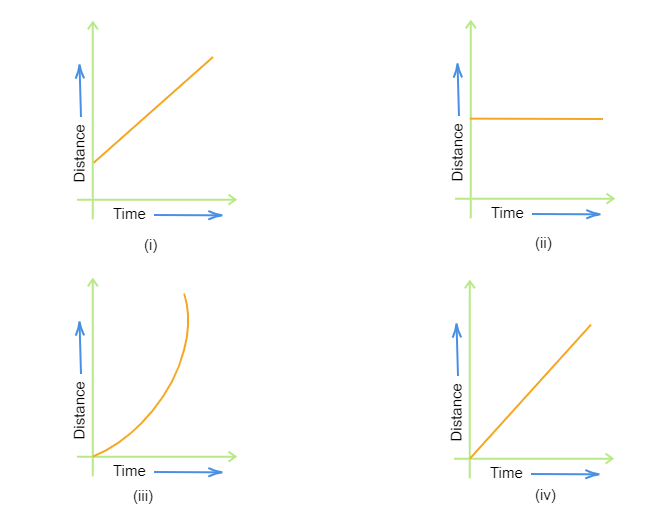 Four distance-time are given in the question above.

To determine the distance-time graph that shows a truck moving with a speed that is not constant.

Observations of slopes of the given graphs:

In the given graph slope is a straight line representing uniform motion. It represents the constant speed.

The distance covered is not increasing with increasing time in graph $(ii)$.

So, it represents that the object is at rest.

The slope of Graph $(iii)$ is curved. So, it does not represent the constant speed of the object. It represents the variable speed as its slope is curved.

Graph $(iv)$
The slope of graph $(iv)$ is a straight line that represents the constant speed of the object.

From the observations of the slopes of the given graphs, it is clear that graph $(iii)$ is the only graph that shows a truck moving with a speed that is not constant.