Which is the highest bridge in India?

The highest bridge in India, Chenab Bridge is a rail bridge, located between Bakkal and Kauri in the Reasi district of Jammu and Kashmir (J&K), is under construction at the moment. The 1,315m-long bridge is being built at a height of 359m. 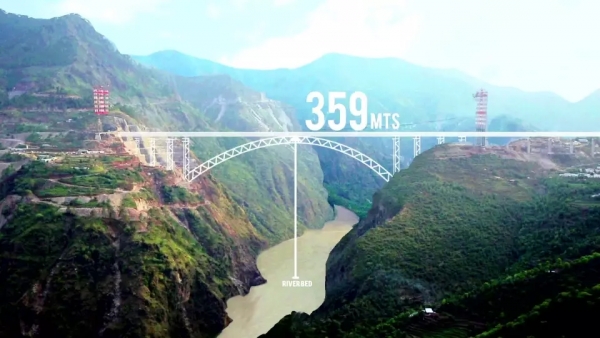 After completion, it will even surpass China’s tallest bridge. It has anyways been in the limelight and brought glory to India even before its completion.