Where is Karni Mata Temple situated? What is the amazing fact behind the temple?

Karni Mata Temple is situated at Deshnoke, which is nearly from 30km of Bikaner, Rajasthan. Karni Mata is the goddess who is the center of reverence in this temple. This temple is very famous for its unusual resident rodents which are in a huge number. 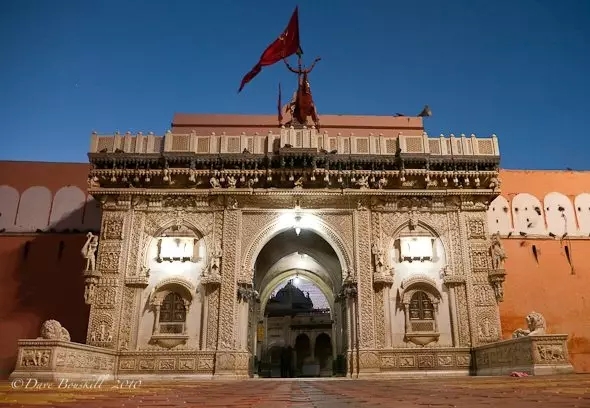 Karni Mata temple has nearly 25,000 rats that live there. It was believed that these rats are holy and the leftovers of the food which is nibbled by these rats, is consumed by the devotees considering it a high honor. These holy rats are called as Kabbas which are revered by many devotees from around the world.

Who is Karni Mata?

Karni Mata was a female Hindu warrior sage, who is worshipped as the incarnation of the warrior goddess Durga. She is the official goddess of the royal families of Bikaner and Jodhpur. She was also known as Nari bai or Ridhu Bai and was born on 2nd October 1387 and lived till 23rd March 1538.

Karniji was actually married to Depoji Charan of Satika village but she refused the conjugal relationship and re-married her husband to her sister. Karni lived a celibate all her life and followed a pious life. 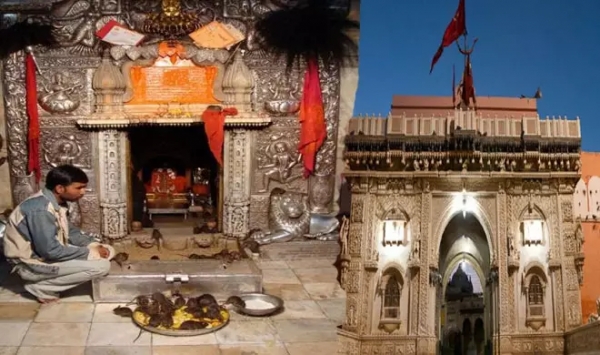 Laxman, Karni Mata’s stepson drowned in a pool called Kapil Sarovar in Kolayat Tehsil while he was attempting to drink water. Karni Mata beseeched god Yama to restore her son’s life, to which Yama has responded blessing all of Karni Mata’s sons as White rats.

This is the reason, though there are many rats in the temple premises, white rats are considered holy and devotees try to offer sweet food called Prasad to them and have the leftovers with great veneration.