When was the Motorcycle invented and by whom?

Motorcycles date back to 1800s. After many experiments on the basic dynamics of a Motorcycle with steam power and electricity for nearly 70 years, the first Motorcycle has come out in Germany. The German Inventors Gottlieb Daimler and Wilhelm Maybach in Bad Cannstatt, Germany in 1885 have invented the first internal combustion and petroleum-fueled Motorcycle and named it Daimler Reitwagen. The inventors called their invention the Reitwagen ("the riding car"). 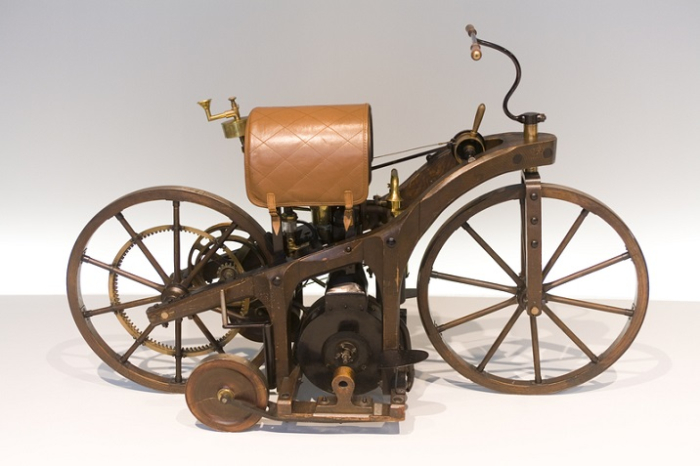 Daimler is often called "the father of the motorcycle" for this invention.