What is the Stone Age culture?

The Earliest part of Human evolution was found to be dated around 2.5 Million years ago. It was understood that the earth was even colder and mostly filled with ice, where only a few of the beings were humans summing up to around one million in the whole world. There were no pieces of evidence of any human existence before stone age.

Stone age is understood as the period from the first use of stone tools to the first use of Bronze. Though there was no proper evidence of 98% of the early humans, the surveys made by Archeologists, Anthropologists and Historians helped us to understand there were three stages in the Stone Age.

The three stages of Stone Age were:

The Paleolithic age or the early stone age was the early time of the stone age. The human beings at this period used to live by hunting animals for food. But for hunting, they used some tools made up of stone, flint, bone, and antler. There used to be no script or writing and hence no sort of records of information is available. They also used to gather wild berries, nuts, and fruits from the trees available. They learned to use the animals for some of the other purposes. Both human beings and animals used to travel long distances in search of food, and hence never used to stay at the same place for long.

The Mesolithic age or Middle Stone age was the age when human beings learned how to hunt the animals better. Even they were also the hunters and gatherers. They used sharp-edged tools and got the mastery in shooting at them to prey the animals. They also used to stay at some places where the water availability is more and used to build tents made out of animal skin. 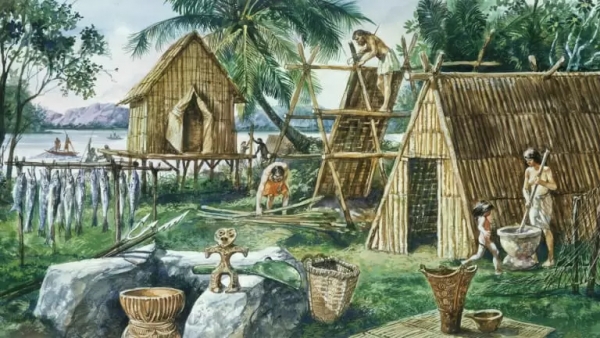 This is the age where the cultivation took place. Man learned to grow crops using water and fertile soil, and hence found another way to feed himself. Some geographical changes like the formation of Islands have taken place during this age.

The Neolithic age or New Stone age was the age where remarkable changes took place in the flora and fauna. Many cultural modifications are said to have taken place where the last hunters and last gatherers became the early farmers and cultivated crops like wheat and barley and bred stock like sheep, dogs, goats, and cows. The variations in temperature for different places on earth said to have taken place during this time. Different cultures and ways of living have all evolved since then. The skills such as pottery, making clothes, methods of agriculture etc. were all developed soon after this