What is the holy book of Sikhism and why is it not so popular like Gita, Bible, and Quran?

The holy book of the Sikhs is known as the Guru Granth Sahib and it is considered as the eternal guru for all times after the tenth guru of the Sikhs, Guru Gobind Singh, declared that the lineage of living gurus will end with him. The original name of the Guru Granth Sahib was Adi Granth and it was Guru Gobind Singh who elevated it to the status of the eternal and immortal guru by naming the book, Guru Granth Sahib. This holy book which comprises the sermons of the Gurus called the Gurubani, is written in the Gurmukhi script, which incidentally is the official script for writing any Punjabi text in the state of Punjab. 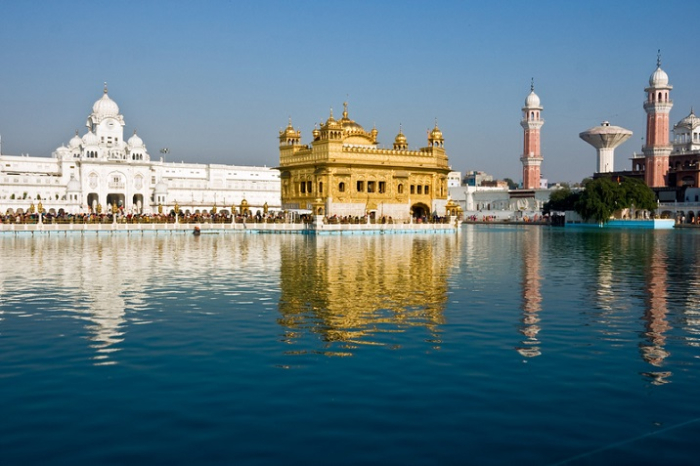 The Gurubani declares all humans as equal and suggests that service to mankind is more preferable than devoting too much time to religious rituals and this is what guides the life of an average Sikh individual who considers it an article of his faith to work hard with sincerity for a living. Today, when we look at the Sikh faith, we attach the martial tradition of Punjab in particular and northern India in general. That is because the tenth and last living guru of the Sikhs, Guru Gobind Singh, inculcated the tradition of Khalsa in a section of Sikh males who volunteered to protect common folks from all forms of persecution by unjust rulers.

It would not be proper to say that the Guru Granth Sahib isn’t as popular as the Gita, Quran or Bible. It needs to be appreciated that Sikhism is a comparatively new religion with a history dating back to just about five centuries and the other fact to be noted is that you don’t find Sikh preachers moving around all over the country and the world looking to convert people. One can convert to Sikhism but the initiation process should be voluntary after the interested individual has made up his mind.

The popularity you’re referring to is the number of followers of the Sikh faith but that is not as easy to answer as you think because Hindus too revere the Sikh gurus as their own and visit Sikh temples known as gurudwaras. By that logic, over one billion people revere the Guru Granth Sahib. So, how can you say it’s not popular?