What is the difference between alligators and crocodiles?

The Crocodylidae, which includes the "true" crocodiles; the Alligatoridae, which includes the alligator and the caimans; and the Gavialidae, which contains only the gharial are the three groups of crocodilians. Crocodiles are large reptiles which are amphibians. They are found in Asia, Africa, America, and Australia. Alligators are also large reptiles of the family Alligatoridae, members of the order Crocodylia. Alligators are native to the United States and China only. Although these two species look similar, they are different in many ways. 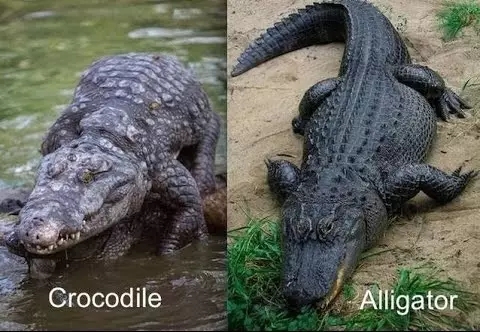 There are basically five characteristics with the help of which you can differentiate them from each other. So what are the differences between alligators and crocodiles?

Crocodiles are found in almost all continents like tropics of Asia, Africa, America, and Australia whereas alligators reside only in the southeastern USA and eastern China. Coming to their habitats, Alligators lack an ability to tolerate salt, thus they prefer freshwater habitats. Crocodiles, on the other hand, tend to live in saline habitats. The only place in the world where you will find crocodiles and alligators living side by side is Florida.

The alligator's snout is outspread and U-shaped, whereas the crocodiles are elongated and confined and more V-shaped. The bite of the alligator is more forcible because it is specially designed for breaking open hard substances like turtle shells. The crocodile’s snout is more befitted for hunting softer prey like fish.

Crocodiles are larger than alligators. An average alligator would measure up to 14 feet tall whereas crocodiles grow up to 19 feet. Alligators are less aggressive and are afraid of humans. They do not attack unless they are threatened or are defending their young ones. On the other hand, crocodiles are aggressive and will attack even if unprovoked. 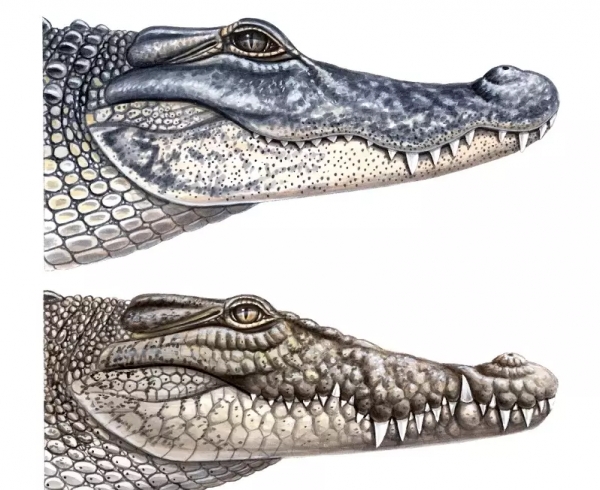 Alligator's hide is generally dark blackish grey in color and crocodiles are kind of light tan in shade. The skin color usually depends on the kind of water they swim in. Crocodiles live in light-coloured waters, thus to facilitate camouflage, its skin tone is lighter. In case of alligators, which live in swamps which are dark waters. Thus alligators have a darker skin tone.