What is plastic pollution and its effect on the environment?

Plastic pollution is the most hazardous and most impactful pollution on earth. Unnecessary piling up of the plastic waste in the Earth's environment is adversely affecting the wildlife, wildlife habitat, and humans. Plastic pollution has its effects on land, water, and air along with plants and animals.

The implication for animals

Many times we litter the earth with plastic without knowing the dangers that it can cause to other animals and creatures that also co-exist with us on the same planet. Many animals mistake the plastic that we throw away as food and they eat it. In many cases, it has been found that dead animals have been found with large quantities of plastic waste inside their tummies. 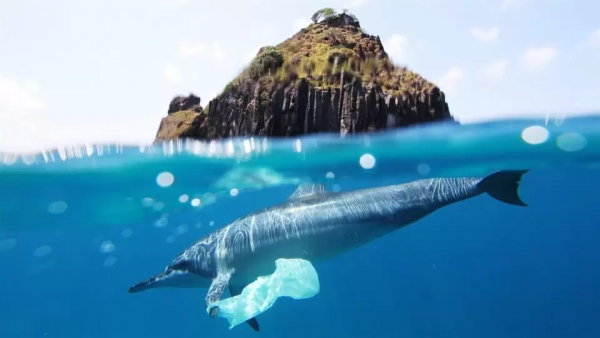 Since they ingest the plastic, the plastic materials create a blockage or else they fill up the digestive system that leads to the death of the animal. This mainly occurs in the case of marine animals.

The littering of plastic waste on land has led to the destruction and the reduction in the quality of soil and other elements that are present in the Earth's land. This causes the decline of fertile land that can be used and it makes that land a worthless piece. 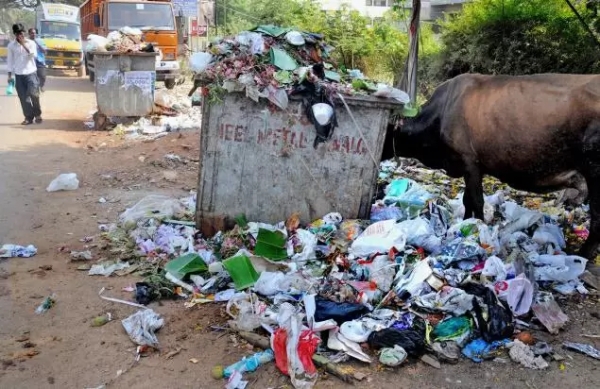 Since plastic contains a lot of chemicals that aren't beneficial to the earth in any way they form a ground for breeding bacteria and viruses containing deadly diseases.

Bulks of plastic waste also end up filling loads of landfills and since they cannot decompose and take many years to break down they keep heaping causing health problems to the creatures living near it.

The combustion of plastic material in the air means that many deadly toxic and poisonous gases are being released into the atmosphere that isn't safe at all for the living of the human beings or other animals as well. 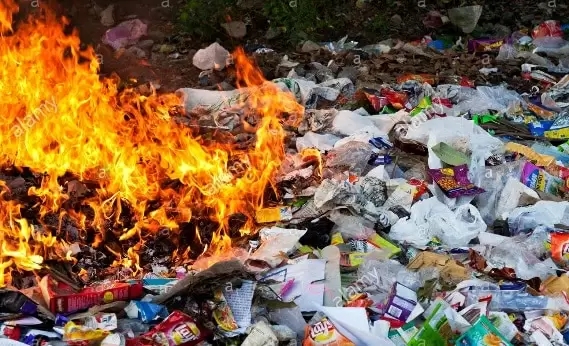 When the animals or the humans inhale this toxic air then it is bound to cause them with respiratory disorders and also general health effects. Burning plastic is extremely dangerous and since that is the only way in we can destroy plastic, the manufacturing of such items should be stopped taking into account the damage that it is causing to the atmosphere.

In many water bodies, you can find large amounts of plastic waste. This is because most of the wastes that are produced by the human community have to be disposed of somewhere. Either landfills or else dumping in the water bodies are the only solutions that the modern world has come up with as of now. 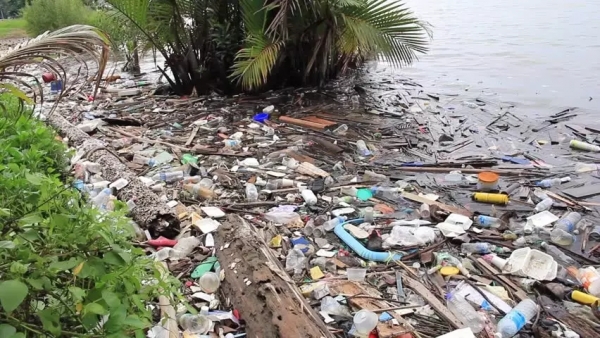 Since the landfills are getting fuller and fuller they have decided to dump wastes into water bodies as well. What happens is that the toxic chemicals contained in the plastic are mixed with the water. This contaminates the water and decreases the quality of the water. Studies show that over 40% of the global oceanic surfaces are full of plastic waste.

Interference with the food chain

Smaller animals like worms, fishes, insects, and mollusks are all affected by plastic waste. Since these organisms at some point or the other ingest the waste, the larger animals that are present in the food chain are also affected as they are the ones who ingest the smaller animals.