What is Methanol and why is it considered an alternative cooking fuel?

Methanol is a clean burning drop in fuel and can replace both petrol, and diesel in transportation and LPG, wood, kerosene in cooking fuel.

Why Is Methanol Essential?

To sustain our energy needs in the future, alternative forms of energy is the only way out. Methanol will not just mitigate the environmental hazards, but also will help households reduce their fuel costs, and thus make more savings.

How Would It Be Capitalised?

Assam Petrochemicals Ltd to roll out country’s first methanol-based cooking fuel, which will be 30% cheaper than the conventional LPG fuel. It’s cleaner, greener and easily transportable. After China and Israel already used to methanol as cooking fuel for long, this will be India’s first step towards NITI Aayog’s flagship program. We must pursue the Methanol economy. 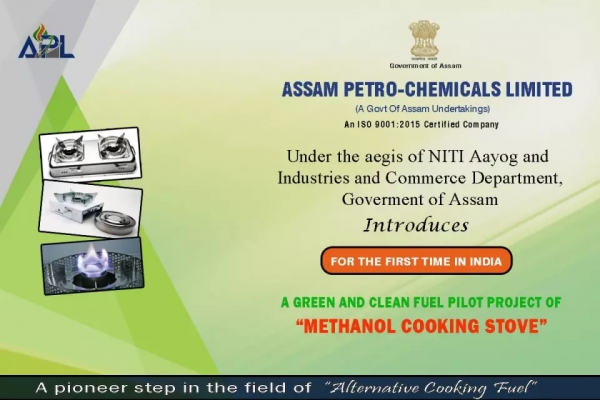 Indian Railways consumes about 3 billion liters a year and the annual diesel bill is in excess of Rs. 15000 crores, which can be reduced by 50% through Methanol conversion program in railways.

Would It Be Cheaper?

Yes, the production cost of methanol is currently ₹22 per kg. Expansion of APL’s plant is likely to bring down the cost to ₹14 -15 per kg.