What is Aarti and how do Hindus perform it?

Aarati in the India tradition is a part of worship in which fire is lit on Diya or using camphor pieces. This is offered to the deities that are worshiped. It generally marks to end of the ceremony or Pooja that is performed. Here are some important points related to Aarati: 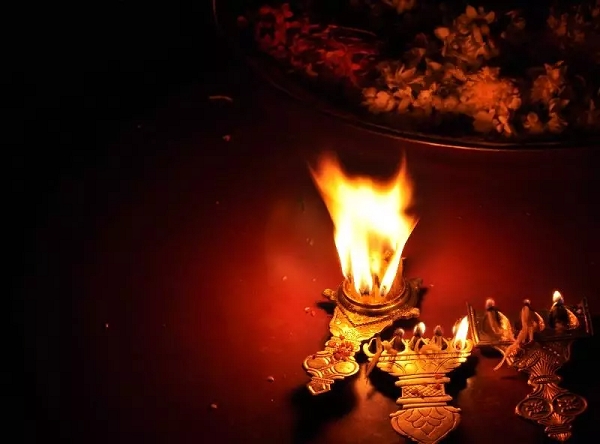 In the Indian tradition since the Vedic times, the five elements of nature- Panchamahabhutas have played a very important role to keep the proper balance in nature. These five elements are Prithvi, Ap, Vaayu, Agni, and Akasha. In a Pooja that is conducted, Aarati invokes fire (light) i.e. the Agni element among the Panchamahabhutas which symbolizes energy. 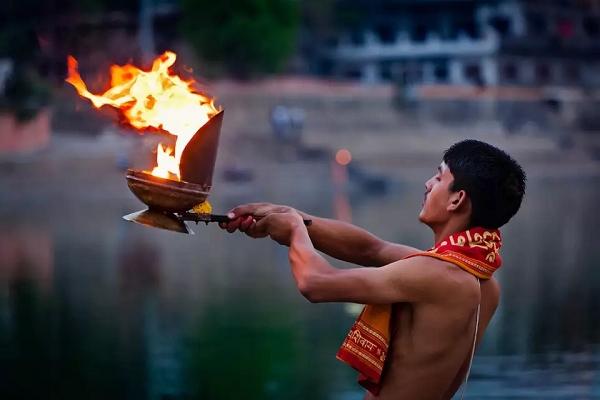 India is a land of various festivals which have been passed down for many generations due to its rich traditional heritage. Some of the important festivals where Aarati plays an important role during Pooja (worship) are Durga Pooja, Ganesh Chaturthi, Lakshmi Pooja and even during Raksha Bandhan considering the brother as the protector. In all these festivals, Aaratis play an important role as these festivals are associated with mythological, devotional significance. Ganga Aarati is also another popular form of Aarati in India.

Aarati symbolizes a cycle- a rotation in a clockwise direction which is performed according to the directions which invoke the specific energies. The performer of Aarati is the Sadhaka- the seeker. Thus, the person has to give up all the emotions in front of the deity. During performing an aarti, proper songs and hymns should be changed. 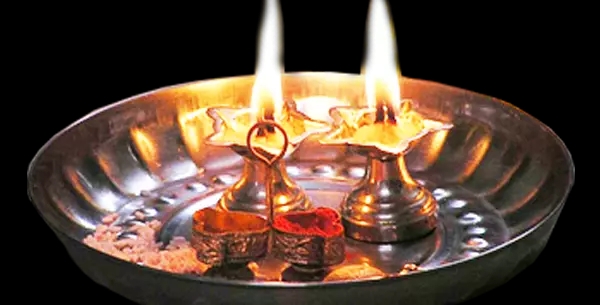 There are multiple points because of which the Aarati is performed on auspicious occasions. It serves a symbol to offer gratitude and highlight humility in front of the deity. The deity is placed always at the center highlighting the pivotal importance of God in a person’s life. Aarati is also a significant indicator of a continuous cycle of energy. It is generally performed before the night (Aarati in Sanskrit literally means ‘before the night’) to remove the darkness i.e. the ignorance in life.