What are the tourist attractions in Goa?

Goa is a state in India near the beachfront area known as the Konkan in India. It is limited by Maharashtra towards the north and Karnataka towards the east and south, with the Arabian Sea shaping its Western coast.

It is India's littlest state by zone and the fourth least by population. Goa has the most astounding GDP per capita among every single Indian state, which is more than two times that of the nation.

Here are some famous places to visit in Goa:

The most well-known shoreline of Goa, Baga is found near Calangute shoreline, about 30 Km North of Panaji. Baga is famous for its nightlife with some exceptionally acclaimed clubs, for example, Brittos, Titos and Mambos. There are plenty of water sports too like jet skiing, parasailing, boating etc. 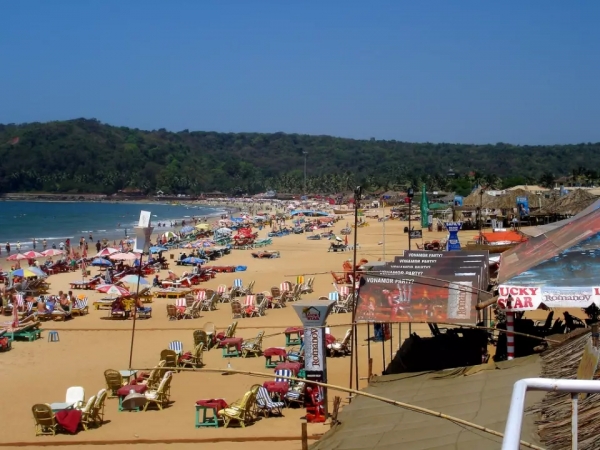 Baga beach, named after the 'Baga river' which streams into the Arabian ocean, is a standout amongst the most well-known shorelines of Goa and is a traveler hotspot. It is an incident place where you can see delightful dusk and appreciate the cool morning breeze. The shacks sprung up in the late night with music impacting and stunning customer service.

Calangute is the biggest shoreline in north Goa and is known as the 'Queen of Beaches'. Located at 15km from the capital city of Panaji, this broad stretch of sand and water draws travellers from all around the world. Calangute is one of the busiest and the most marketed shorelines of Goa. Situated amongst Candolim and Baga shoreline, it is a center point for visitors and explorers from everywhere throughout the world.

The sound of popular beats and shake music noticeable all around raises the happy mood. The shoreline is likewise swarming with eating joints, shacks and clubs serving blended beverages, seafood etc. making it a most loved among tourists.

Known for its unparalleled natural magnificence, sparkling soft white sand, and swaying palms, Anjuna Beach is a famous area for visitors, both domestic and international. The full moon shoreline parties are what draws in swarms the most.

Anjuna Beach, arranged on the west bank of Goa by the Arabian Sea, is the ideal epitome of natural magnificence. The key element of the shoreline is the striking rock arrangement settled over a trim of white sand, bulging out into the ocean.

The zone was famously known as the gem of Anjuna or 'Ozran'. The place is a most loved spot among children who initially came here in the late 1950s.

This old church is situated in Goa and is a UNESCO World Heritage Site. The Basilica of Bom Jesus houses the tomb and remains of St. Francis Xavier. Indeed, even after 400 years, the remaining parts are in a decent condition and are taken out once consistently every 10 years. Up until 50 years prior, Goa was the capital of Portuguese rule in India and this is a part of their legacy. 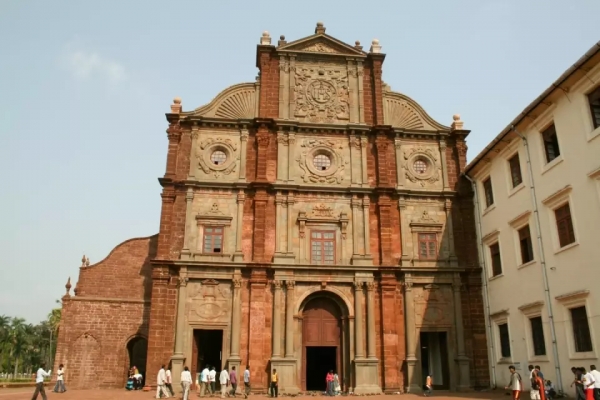 The Basilica of Bom Jesus church is unique in India and is known for its model ornate design. This congregation syncs with the start of Christianity in India. It holds the remains of St. Francis Xavier, a special companion of St. Ignatius Loyola with whom he established the Society of Jesus (Jesuits). The floor of this congregation is made of marble mosaic with valuable stones.

For a spot which is known for, distinguished and specked by many beaches, Dudhsagar falls are a lovely special case. Starting from the strong pinnacles of the Western Ghats, one of the five most elevated waterfalls of the nation and among the most astounding 100 on the planet. The falls are separated into four levels in the Mondovi River. 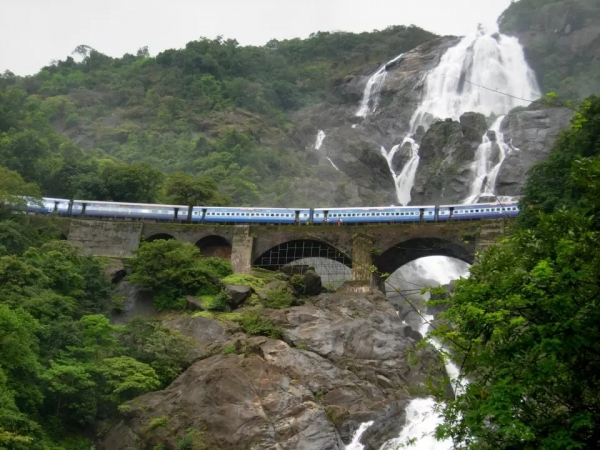 This waterfall when taken a gander at from a separation, seems like a substantial stream of drain streaming easily with much pressure from the top to down the slope, at last part into three surges of water, going to their final destination, into the deep green sea.