Get 2 Courses in 1 - Everything you need to know to Create, Sell and Deliver amazing Live Streaming Webinars! (Plus a Mini Bonus Course too!)

But if you know how, anyone can do them! - Yes Even YOU!

By the end of this course you will be able to write, design and deliver your live streaming Webinar Presentation which will be every bit as good as those created by experienced experts!

Why am I so confident of this?

I will share with you step by step so that you can discover the key components of a Webinar, the scripting techniques, the essential order in which you must deliver the content

This Course is focused on the Script and the Design of the Webinar Presentation itself.  This includes showing you how to master the delivery of the presentation to really engage with your Webinar audience.

This is the most difficult and valuable component of a webinar.  Without this all the work to put a webinar together - which is essentially logistics - is a complete waste of time! 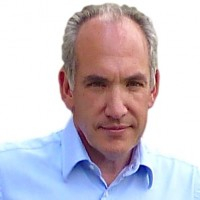 John is a best selling online instructor, investment banker, international speaker and entrepreneur, whose eLearning courses have been featured on Forbes, The Economist and many other professional platforms.

Over a City of London Investment Banking Career of nearly 30 years, John, the Founder of Six Minute Strategist Consulting, has been teaching over 75,000 students on Udemy since 2013.

In his City career John has:

** In Mergers and Acquisitions, sold public and private companies

With two degrees from Cambridge University (Bachelors and Masters), an MBA with Distinction from Cass Business School, John also graduated from the Royal Military Academy Sandhurst (the UK's West Point) as an Army Officer. His MBA Dissertation won the Tallow Chandler's Prize for the Best MBA Dissertation in his graduating year 1993.