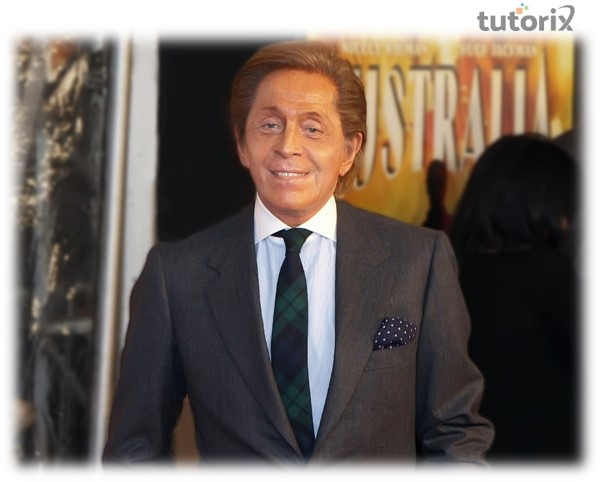 Valentino was born in Italy's Lombardy region, in the province of Pavia, where he was raised. His mother gave him the name Rudolph Valentino in honor of the actor. He developed an interest in fashion while attending elementary school in Voghera, Lombardy, northern Italy, where he worked as an apprentice for his aunt Rosa and a local designer named Ernestina Salvadeo, who also happened to be the aunt of famous artist Aldo Giorgini. With the assistance of his father, Mauro Garavani, and mother, Teresa de Biaggi, Valentino then relocated to Paris to pursue this ambition. He attended the École des Beaux-Arts and the Chambre Syndicale de la Couture Parisienne there to further his education.

With the support of his father and a close friend, Valentino left Paris in 1960 and established a couture house in Rome's upscale Via Condotti. The location resembled a true "maison de haute couture" more than it did an atelier. Models flew in from Paris for his debut presentation, and everything was incredibly opulent. Valentino became well-known for his vibrant red outfits that were dubbed "Valentino red" by the fashion world.

In 1962, Florence, then the center of Italian fashion, hosted Valentino's international premiere.

At a gathering, Jacqueline Kennedy once observed Gloria Schiff, the identical sister of Valentino's friend and American Vogue fashion editor Consuelo Crespi, wearing a two-piece black organza suit. The outfit left such an impression that Kennedy got in touch with Ms. Schiff to find out who designed it, which turned out to be Valentino. Valentino was scheduled to travel to the US in September 1964 to attend a charity ball at the Waldorf-Astoria Hotel in New York and exhibit a selection of his works.

The decade began with a focus on midiskirts worn over miniskirts, fitted knee-high boots, pants, and certain ethnic designs, usually with a fit-and-flare silhouette. Valentino's womenswear for both couture and ready-to-wear largely followed these trends throughout the 1970s. He continued to show off trousers like culottes and knickers with the gently flared standard trousers of the period in 1971, pairing them with more vibrantly colored midis and knee-length skirts that were popular at the time. His custom-tailored attire was well known. Platform shoes, padded shoulders, knee-length skirts, as well as sporadic ventures into the thirties and fifties fashions, were all featured by Valentino during a period when a forties revival was the focus. However, the emphasis on pants kept everything current.

Actress Joan Collins, who became well-known in the 1980s as one of the stars of the well-liked US television soap opera Dynasty, which lasted from 1981 to 1989, was a fan of Valentino. This association increased the designer's exposure to the general public and helped to establish his reputation. Valentino, whose style in the period was akin to that of Givenchy and Oscar de la Renta, embraced the era's conspicuous consumption, 1940s–1950s–inspired ballgowns, cocktail dresses, and broad-shouldered, precisely fitted suits with relish. 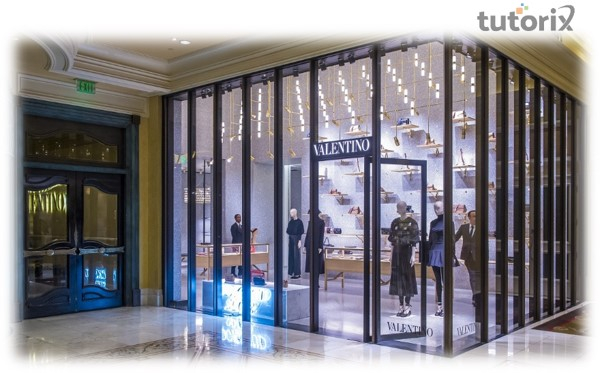 In 1990, the Tommaso Ziffer-designed Accademia Valentino, a cultural venue for the display of art exhibitions, opened its doors next to Valentino's workshop in Rome. The next year, with the encouragement of their friend Elizabeth Taylor, Valentino Garavani and Giancarlo Giammetti founded L.I.F.E., an organization that supports people with AIDS and benefits from the work done by Accademia Valentino.

From the HdP group to the Marzotto Group

In 1998, Gianni Agnelli, the late CEO of Fiat, along with Valentino and his business associate Giancarlo Giammetti, sold the firm to HdP for \$300 million. A textile behemoth based in Milan named Marzotto Apparel purchased Valentino S.p.A. from HdP in 2002 for \$210 million. At the time, the company had revenues of over \$180 million. Since 2012, a consortium of Qatari private investors has supported the holding company Mayhoola for Investments S.P.C., which controls Maison Valentino. It has 160 directly run boutiques and more than 1300 points of sale spread throughout more than 90 countries.

After his final haute couture presentation in Paris on September 4, 2007, Valentino declared that he would officially retire from the world stage in January 2008. On October 4 in Paris, he presented his final collection of women's ready-to-wear.

On January 23, 2008, his final haute couture presentation took place in Paris at the Musée Rodin. It was somewhat tainted, though, by his criticism of fellow Italian design duo Dolce & Gabbana and the passing of Australian actor Heath Ledger. Nevertheless, few people allowed these events to overshadow his final performance, which was attended by hundreds of famous people from the entertainment industry and received a standing ovation from everyone in the audience. Eva Herzigová, Naomi Campbell, Claudia Schiffer, Nadja Auermann, Karolina Kurková, and Karen Mulder were among the models that returned to watch Valentino's final haute couture presentation.

In the popular film The Devil Wears Prada, Valentino made a brief cameo appearance as himself in 2006. The 2008 Venice International Film Festival saw the world premiere of the feature-length documentary Valentino: The Last Emperor, about the fashion designer. The movie, which was produced and directed by Matt Tyrnauer, a special reporter for Vanity Fair, follows Valentino and his inner circle on several occasions, including his 45th anniversary exhibition last year.

Valentino received the Chevalier de la Légion d'honneur from French President Chirac on July 6, 2006. The Valentino Museum will be located in a building in via San Teodoro in Rome, between the Palatine Hill and the Bocca della Verità, the mayor of Rome, Walter Veltroni, said during the celebrations for Valentino's 45th year in business. On January 24, 2008, Valentino received the Medal of the City of Paris in recognition of his contributions to fashion in the city where he attended school.

Valentino Garavani's namesake couture business, which was established in the 1960s during the height of Roman fashion, has come to symbolize refined femininity and red carpet glitz. The Maison's lavish dresses, rich designs, and artistic needlework are once again catching the shine of the flashbulbs under the stringent scrutiny of Creative Director Pierpaolo Piccioli. Don't miss the brand's seasonal updates to its now-iconic Valentino Garavani Rockstud handbags and shoes.