As said in the above description, this tracksuit is mostly designed keeping in mind the conditions that a player usually faces. This tracksuit trend was initiated by the kingmakers of France, namely Le Coq Sportif company in the late 1940s. The main quality of this tracksuit is that it has the nature of stretching. Hence, this kind of dress can be worn while exercising, playing games, and many other activities. 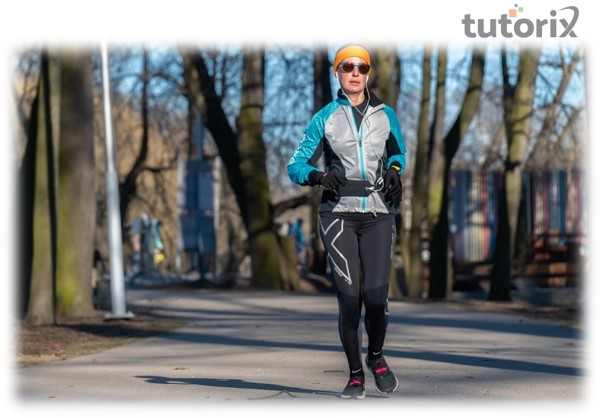 What does Tracksuit Mean?

The term “tracksuit” refers to the kind of clothing most often worn by athletes during their workout period. This tracksuit usually contains trousers and a shirt, which are free to open with the help of a zip. “Track” is a word that is closely related to the playground. Hence, the name “tracksuit” mostly relates to the players and athletes. As said, this tracksuit is worn during the workout sessions and running sessions of an athlete. The fabric of this tracksuit is such that it does not allow the player to cool down.

This fashion was mostly followed by athletes in the beginning, but now this fashion is even followed by Bollywood stars and international models also. When it comes to the Track jacket, it has a zip to keep the body open when filled with heat. This track shirt keeps the body in a warm position during the workout.

Even the most famous celebrities like Kim Kardashian, Paris Hilton, and Ranveer Singh are making this fashion their own by wearing this kind of fashion.

This tracksuit fashion is mostly worn by teenagers during workouts. These tracksuits come in different kinds of colors and fashions. The best thing about these kinds of dresses is that they hold well during rainy times. The fabric is constructed in such a way that it does not allow rain droplets to enter the fabric.

Another advantage is that it retains its shape well in the winter. This clothing is made with such a fabric that it doesn’t allow the coolest air to enter that t-shirt, and it keeps the body so hot. As a result, these types of dresses are ideal for the winter season.

This kind of clothing stays fit for the person who wears it irrespective of their body size. These dresses are used mostly in the northern region of India as that region feels cool throughout the year as it contains the Himalayas and perennial rivers.

Not only northern India, but the entire part of Europe also uses this kind of fabric to make tracksuits in order to be warm during the coolest times of the year, as that region is almost always cool all year round. This dress makes a person look good and be in a stylish mode of appeal whenever he/she wears it. But most people choose this as their athlete’s wear. Most of our famous sports people choose this as their warmup wear.

This clothing is also used to get rid of unwanted weight as it keeps a person fit and helps get rid of the unwanted waste in the body in the form of sweat. This means that a person is losing unwanted fat from his/her body while doing the workout using this fabrication.

As said above, this tracksuit is a type of clothing that is used mostly by players, athletes, and many other people who do some form of daily workout in order to keep their bodies fit. As said, this keeps a person warm even during the rainy season and even during the coldest winter season. This tracksuit is bisexual clothing, which means a person of any gender can wear it without any objection.