What is Young’s modulus?

Young’s modulus is a property of a material that influences the deformation and elasticity of material in real-time. It can also be defined as the ratio of tensile stress to the tensile strain where the stress appears as the applied amount of force and measures the elasticity of a material (Wu et al. 2018). The curve used in defining the Young’s modulus is utterly based on stress and strain along with other components like brittle, ductile and plastic. 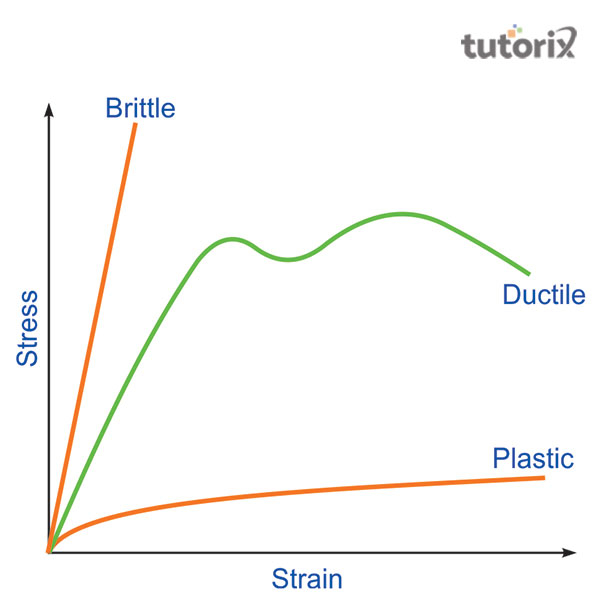 Young’s modulus appears as a crucial and fundamental property of materials that depends on pressure and temperature. In simple words, Young’s modulus is a numeric constant that can measure the ability of a material to resist the deformation in length under the lengthwise compression or lengthwise tension (Birmingham, 2022).

In real-time, the materials with low modulus are intended to have ductile property that eventually intends to be brittle at times.

The determination of elasticity through Young’s modulus requires a series of materials that are necessary to start with the process and maintain its authenticity. The most essential component in this process is the Searle’s apparatus.

It helps in starting the initial stages of the determination process. The next required thing in this procedure is two long steel wires that have the same diameter and length. In addition, a metre scale is required for this process along with a screw gauge for the technical aspects of the test (Concepts-of-physics, 2022). After that, a specific amount of slotted weights are applied for the determination process. In this process, the applied slotted wights are weight 0.5kg in the initial level. Finally, a 1kg hanger is required to successfully determine the elasticity of a given wire through Young’s modulus in real-time.

The Searle’s apparatus is commonly used while measuring the Young’s modulus in real-time. When the solid materials undergo a few elastic deformation, a small amount of external force is applied to it. This apparatus appears as a useful part of the constructions of buildings and bridges along with the structural implants of the human body. The apparatus involves two equal length wires that are attached to the rigid support (Concepts-of-physics, 2022).

In this infrastructure, both the controls and the test wires are connected to the other ends of a horizontal bar. 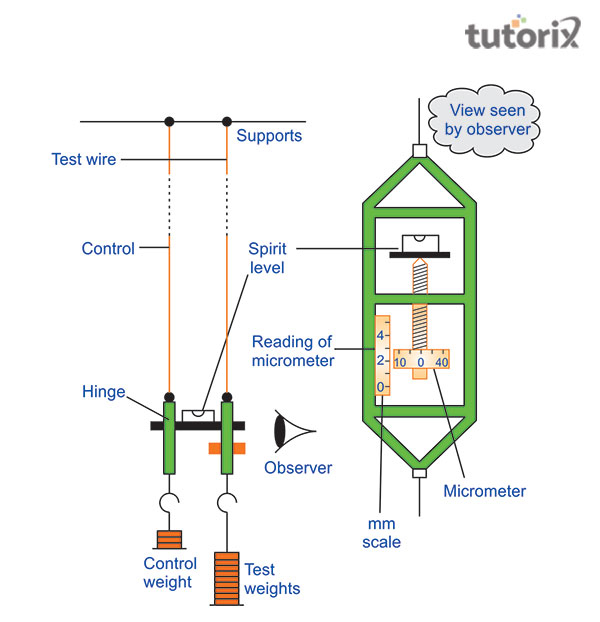 In the physical structure of a Searle’s apparatus there is a spirit level mounted on the horizontal bar. During the determination process when the bar is hinged to the control wire, it gets extended if the weight on the sides is increased. The spirit level can also be adjusted by tilting it in a small amount (Concepts-of-physics, 2022). The tilting within the Searle’s apparatus can be controlled by turning the screw of a micrometer, attached to the position of the test-wire side.

The procedure for the determination of elasticity through Young’s modulus

The determination of elasticity through Young’s modulus follows an extensive procedure starting from the arrangements of the apparatus to the documentation of the observations. In this process, two steel wires needs to be set in position for the determination of elasticity. After that, the suspension and removal procedures are started along with the measurement of length of the wires (Isaacphysics, 2022). Then the pitch is set and the screw gauge is maintained along with the length of the wires till its middle and the ends. Immediately after that, the spherometer screw needs to be adjusted and all the slotted weight is removed. Finally, the necessary steps are repeated and the observation is recorded for further assessment.

Young’s modulus appears as an effective procedure for determining the elasticity of a given wire in real-time. This modulus is capable of controlling the stress and strain at the same time eventually allowing it to determine the elasticity properly. The Searle's apparatus is the key component of the present procedure that allows people to conduct the process properly, especially while working with real-time wires with the same diameter and length. So, the modulus appears as an effective process that can determine the elasticity of wires successfully in real-time.

Q1. What are the precautions of using Young’s modulus to determine elasticity?

The determination of elasticity through young’s modulus needs to collect the same materials, length and cross-sectional areas before starting the process. Also, the support needs to be rigid for both the wires and at different places the diameter of the wires needs to be measured constantly.

Q2. Can Young’s modulus be seen changing with the length while determining elasticity?

In the Young’s modulus the length does not change when it is being used for determining the elasticity of given wires. It does not change because of the increased diameter caused by the value of stress that consequently increases through the expansion of strain.

Q3. Does temperature have control over Young’s modulus?