In the time of conversion of given galvanometer into a voltmeter having the desired range, it is seen that the resistance joins with the series of galvanometer. The experiment says that the determination of the resistance of a galvanometer happens through the half-deflection method and it helps to find the figure of the merit. 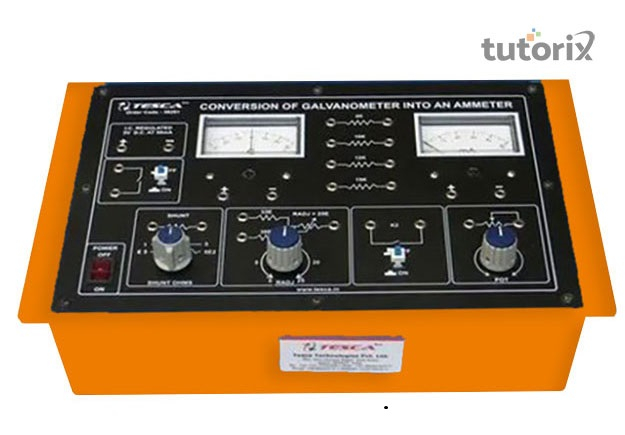 Figure 1: Conversion of Galvanometer to Voltmeter

A battery, a voltmeter 0-3V, 2 boxes of resistance (200 ohms and 10,000 ohms), a galvanometer, 2 one-way keys, sandpaper and connecting wires, and a rheostat. These are the required apparatus for this process of conversion.

Galvanometer here is an important device having the capacity to detect of weakest electric current. It is done within an electric circuit and the feature of it is provided between concave pole faces of a strong laminated horseshoe magnet. This meter visualizes the deflection during the time of passing electric current through a coil (Turusova, Nasakin & Andreeva, 2021).

It is seen that there is a directly proportional relationship between deflection and the passing current. The theory discussed that a voltmeter is an instrument and it is applied in the estimation of the electrical potential difference between the two points of an electric circuit. 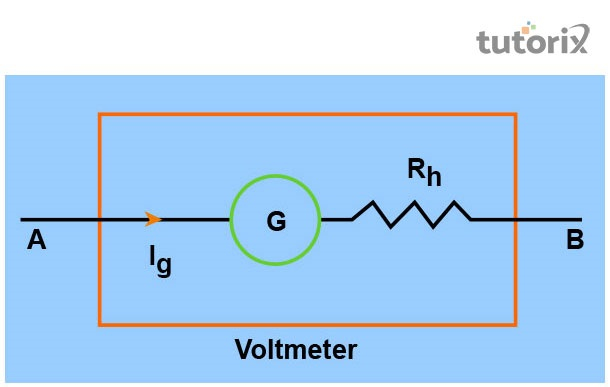 Here mainly refers to the range of conversion. 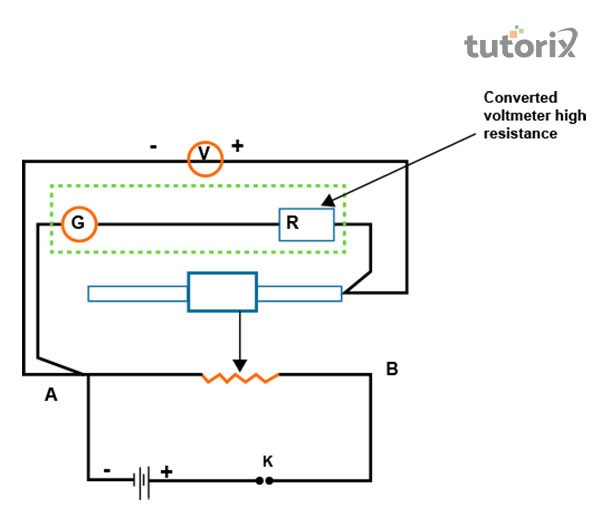 The diagram of the circuit describes the conversion of the given galvanometer of a known resistance and figure of merit into a voltmeter of desired range and it verifies the same.

Resistance of galvanometer (G) is 60 ohm

The result of this conversion is that as the difference between measured value and actual value of the potential is very small, the conversion remains perfect here.

The idea here is the conversion of the galvanometer of a known resistance and figure of merit into a voltmeter of desired range for the verification of the matter, remains the same. The important aspect of this study is that here the series of resistance is required for the conversion process. The formula for calculation shows that V stands for the range of conversion. This process diagram has gone through the procedure that is discussed in the above points. The process also needs some precautions such as the length of the shunt should have to be perfect and it will not be too short or too long.

Q1. What is the concept of a voltmeter?

Ans: Voltmeter is an important aspect of physics and it is a device that is applied for the measurement of the potential difference between two points of the electrical circuit.

Q2. What is the principle of a galvanometer?

Ans: The main principle of this process says that it works on a principle of converting electrical energy into mechanical energy. In this matter, shunt is important and it is a small resistance and is connected in parallel with the galvanometer.

Q3. What is the process of conversion of galvanometer into voltmeter?

Q4. What is the consequence of converting voltmeter in series in a circuit?

Ans: It is seen that voltmeter has not the capacity of measuring potential difference within the circuit. It is because the overall resistance of the circuit increases due to the conversion.