"The primary use case of the "concave lens" as the "negative focal length" is implicated in the length. On a contradictory note, the "positive focal point" of a lens is regarded as the "convex lens" (Hipólito et al. 2022). The calculation of the object’s distance is depending on the distance of the actual image is negative and may form a virtual image on the thin lens. 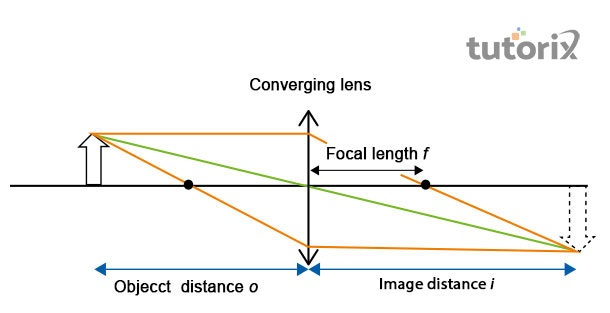 The following section contains a detailed definition of the "Concave and Convex lenses":

The lights get separated after falling on the "concave lenses" which is the reason; this lens has the most common use while driving. The surface of this type of lens is curved from the inside which allows forming both virtual and real images (Savini et al. 2020). The primary use of the "concave lens" is, that this can help identify the position and nature of the images based on the lens position. As this type of lens can make separation of lights, it is more useful to treat myopia (Hyperphysics, 2022). The utilisation of light can help in manipulating the light by utilising a piece of glass at a point, which is helpful to clear the blurry vision and make the object appear as clear.

In a situation when the "spherical surfaces" are curved outside, the constriction of the "convex lens" happens, which is helpful for drivers to detect the distance of an object. These classes of lenses can consolidate the light coming from the outside and it helps to focus on a specific point to get a clear vision (Cinacchi & Torquato, 2019). The point is referred to as the focus (f). 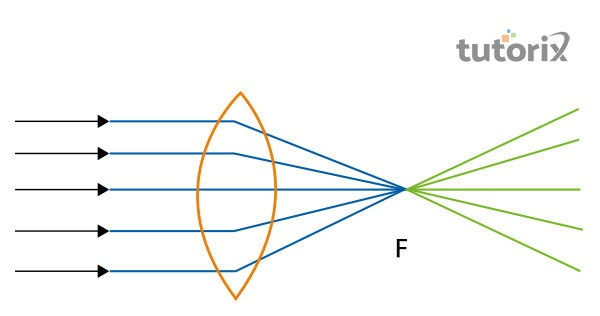 "Difference between Concave and Convex Lens"

The constructions of the "spherical lenses" are possible by joining two "surfaces of the spherical transparent". In the most common use case, there are two classes of "spherical lenses". Additionally, the "convex lenses" are basically constructed by connecting "the surfaces of two spherical" by protruding the exteriors, while the "concave lenses" are generally constructed by combining two exteriors of the spherical just like they are curved inside (Mori & Ogasawara, 2021). This is the primary distinction between "concave and convex lenses".

The followings are the practical application of the "Concave lenses":

The "concave lenses" are utilised in glasses which rectify the shortfall by circulating out the "light rays" before it contacts the eyeball. This allows an individual to see objects more clearly, which is placed far away. In order to treat myopia, this lens is taken into use.

The panoramic view of an object placed outside of walls or doors is useful for using the peepholes on the door. This type of lens is proportional to minimise the object to get the whole view.

The followings are the application of the "Convex lenses":

The camera lenses are consolidating the lights and the film is changed based on the utilisation. Moreover, the upcoming "rays of light" from the individual are connected by the "convex lens" constructing an image on the film or assessed couple machine in the matter of a "digital camera". Also, when the object is placed away from the lens and the light enters at a wider angle.

The magnified images can be produced with the application of the "convex lenses". The images are upright and virtual in the case of the "magnified images". The "virtual image" constructed is on the object’s identical side (Dewwool, 2022). For a "magnified image" to be celebrated the distance between the lens and the actual entity needs shorter than the lens’ "focal length". 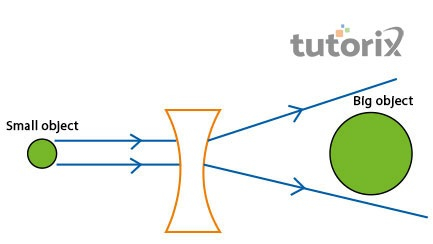 Refraction is the essential principle of the optical devices with the utilisation of the glasses. Curved glasses are the primary classification of two different types as "concave and convex lenses". The thin centre of the edges is more usual in the conviction of the surfaces that are ideal in the situation where either the images are useful to treat myopia. The lenses are used in different situations that are either curved inside or outside. Moreover, based on the curve the reflection of light is used to make the use of the "focal length".

Q1. What is the distinction between "concave and convex lenses"?

Q2. Which objects are connected to considering the formula of the thin lens?

Ans: The relation between the distance of image, object, and the "focal point" of a lens is related to the determination of a thin lens.

Q3. What is the application of "concave lenses"?

Ans: Different use cases of the "concave lens" in daily life are: "eyeglasses, telescope, and binoculars".