The Role of Social Media on Personality

Adolescents and young adults are currently among the heaviest users of Internet-based social media applications. Adolescents also use social media websites and tools to interact online, improving interpersonal relationship dynamics. For example, Pokémon Go is a popular augmented reality game where players can socialize face-to-face with other players or interact via social networking sites to build teams, socialize, exchange experiences or ideas, and develop friendships.

New types of social media have developed and are now widely used due to the Internet. Users of social media and multidimensional platforms can exchange information and discuss ideas by posting, commenting, chatting, and performing other actions. Importantly, these platforms enable quick knowledge access and information exchange, cost-effective and simple communication, and the development of collaborative environments. Social media not only facilitates learning, communication, and collaboration, but it also provides supportive leisure and entertainment environments.

Terzi et al. (2019) stated that social media is a broad field of the internet, which encompasses social network sites (Facebook, Twitter, Instagram, etc.), cooperative websites (Wikipedia), professional networks (LinkedIn), gaming websites, and YouTube. These websites have amassed sizable, global user bases of teenagers and young adults. Csikszentmihalyi (1997) pointed out that social media consumers may experience an immersive flow state in various activities. Immersion, according to Jennett et al. (2008), has three characteristics: (1) a lack of awareness of time, (2) a loss of awareness of the real world, and (3) involvement and a sense of being in the task environment.

Recognizing the potential importance of social media use to the development of adolescents and young adults, researchers have been working to identify the effect of social media on personal characteristics. Several researchers have investigated the impact of the "Big Five" personality traits on social media use. The well-known Big Five model divides personality traits into five categories: conscientiousness, agreeableness, openness, extraversion, and neuroticism. 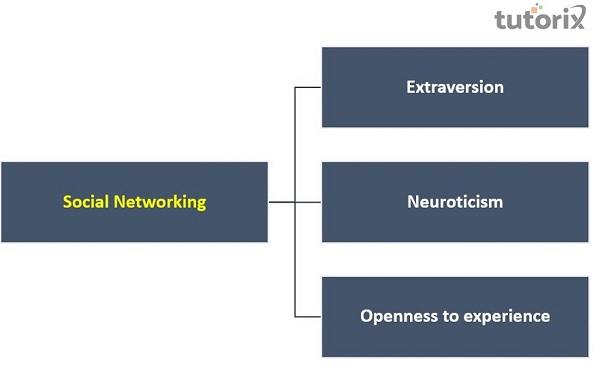 Studies conducted more recently, however, have seen a reversal in the relationships between people's personalities and some types of social media applications. It has been found that more extroverted people tend to be drawn to social media. Studies also show that not just extraversion but neuroticism and openness to experience are also impacted by exposure to social networking. Extraverted people were more connected with others in the "real world" and through social networking sites. A recent study by Quercia and colleagues (2011) found that extraversion is a positive predictor of both the number of friends in the real world and the number of Facebook contacts.

Research has found that more neurotic people prefer instant messaging to face-to-face interactions when it comes to emotional stability or neuroticism. The scholars hypothesized that this preference occurs because instant messaging allows more time to contemplate responses. Thus, it is easier for people who are more emotionally unstable to communicate with others.

Finally, evidence also suggests that heavy social media users are also open to new experiences. High openness to experience is reflected in curiosity and novelty-seeking, whereas low levels are evident in preference for adhering to conventions and established patterns. 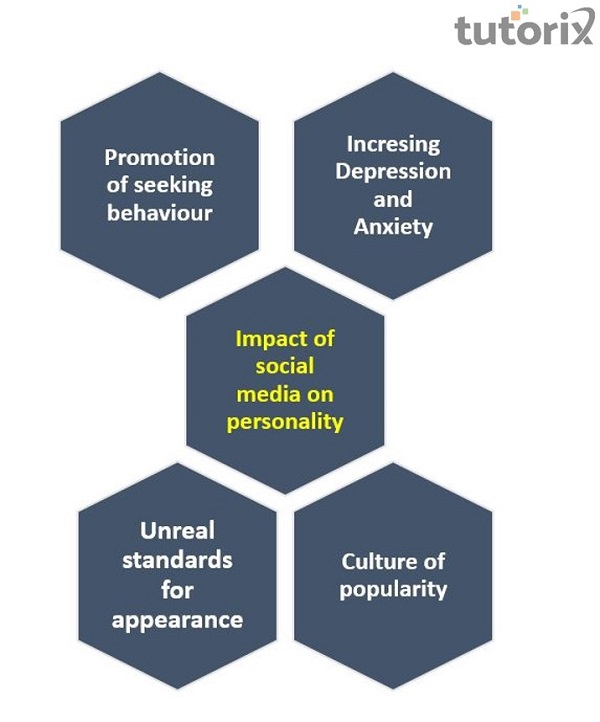 Factors impacting the personality of individuals.

People are constantly in touch with their friends through social media, the dominant form of communication. In today's date, where the world is on the brink of complete digitization, we cannot help but focus on both the virtues and the vices of social networking and their impact on the development of the world's youth. As speculated by world-renowned scientists, this digitization can take us to new heights of evolution, but only when used with proper guidance and discretion.