A government consists of the system of institutions, laws, sanctions, and customs through which a society seeks to manage the nation and state. The government relies in part on public opinion or decision to continue functioning. The government is the authority that creates and enforces laws within a country or community. It is typically composed of elected officials who represent the people living within that jurisdiction. The government can also be divided into different branches, such as defense, education, healthcare, and infrastructure each with its own set of responsibilities.

What is a Government?

A government is the system by which a country or other area is governed. It is typically made up of different levels, each with different powers. The government may be run by a single person, known as a dictator, or it may be made up of multiple people, who work together in a system known as democracy.

What is the Purpose of a Government?

The primary purpose of a government is to protect the rights and property of its citizens and to provide for the common defense. Government also provides public goods and services that individuals cannot efficiently provide for themselves, such as roads, police protection, etc.

Each government has its strengths and weaknesses, and there is no perfect government type. It is up to each country to decide what type of government is best for them. 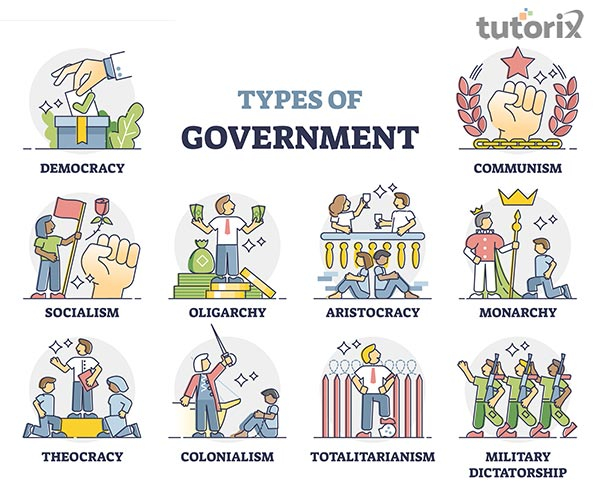 There are three main types of governments:

Monarchies are governments in which a king or queen rules. This type of government can be very efficient, but it can also be unfair and unjust.

Dictatorships are governments in which one person has all the power. This type of government can be very fast and efficient, but it can also be very unfair and unjust. 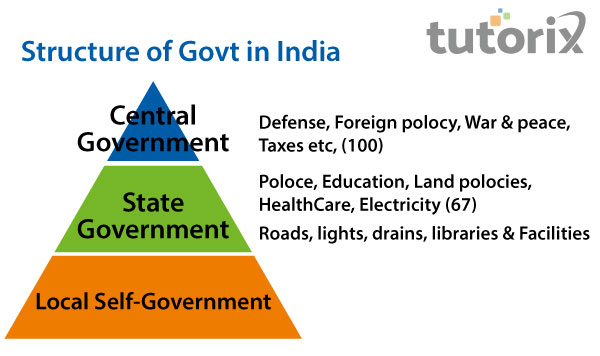 Indian government is one of the oldest democracies in the world. It is a federal form of government with a parliamentary system. The Constitution of India is the supreme law of the land. It lays down the framework demarcating fundamental political principles, procedures, and powers of the government. Federalism in India refers to the distribution of power between the Union government and the state governments.

The Constitution of India distributes legislative powers between Parliament and the state legislatures. It also enumerates the subjects over which each level of government has executive authority. India has a three-tier system of Panchayati Raj institutions (village, intermediate, and district level), through which it decentralizes administration, having democratic control and accountability at each level.

There are many pros and cons to democracy, as it is the most popular form of government around the world. India is the largest democracy, and its government has been both praised and criticized for its policies. On the plus side, democracy encourages freedom and liberty and allows for public participation in the political process. It also helps to promote equality and social justice.

However, democracy can also be chaotic and inefficient, and some argue that it does not always protect the rights of minorities.

Possible Functions of a Government 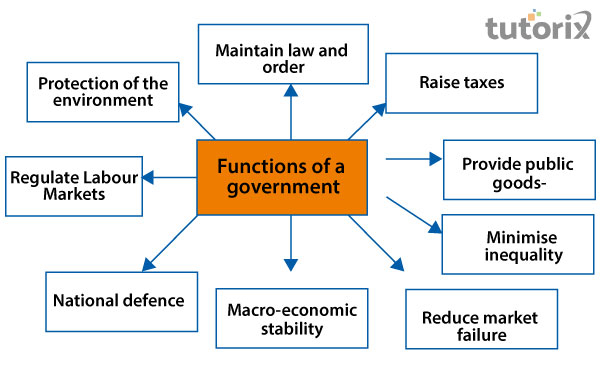 A government is responsible for a lot of things. Here are some of the most important functions of a government:

Components of a Government

The government is composed of the following three components

The Executive branch is responsible for carrying out the laws and executing the policies of the government. The President is the head of the executive branch.

The Legislative branch is responsible for making laws.

The Judiciary branch is responsible for interpreting and applying the law.

Pros and Cons of Having a Government

There are many pros and cons to having a government as stated in the following table:

What is the Best Type of Government?

Q1. What is the role of the government?

Ans. The role of the government is to serve and take care of the people. It has three main roles: Setting the legal system, upholding public order, and implementing national policy with responsibility for matters on the general welfare

Q2. Which type of government one would prefer and why?

Ans. Majority would probably prefer a democratic government. A well-functioning democracy operates as a system of full representation for the citizens of the country, ensuring that every person has an equal opportunity to participate in politics and that all adults have an equal say in how the country is governed

Q3. Do you think it is important for people to be involved in decisions that affect them?

Ans. Yes, society needs to be involved in decisions that affect them. The first reason is that every individual in society provides a different perspective and you need all the perspectives so you can make qualified decisions. The second reason for it being important for people to be involved in decision-making is that those decisions impact their lives, so they deserve to have a say.

Ans. A democratic government is a system of government that empowers the people or citizenry to decide policy thus choosing their political leaders. The first broad feature of this type of government is transparency. Everyone involved will have the information needed to make substantial decisions. In addition, the control over the society is vested in the people rather than an autocrat, king, emperor, or other specific small groups. Another essential quality of a democratic system is that power can be held by every person and minority group meaning that everyone has an equal say in what occurs as far as laws are concerne

Q5. Why do you think the government needs to make rules for everyone in the form of laws?

Ans. Laws govern a country or region. They also make rules for people in that area. You can have laws because not every place is the same. Your house has certain rules. The school you go to has certain rules, and the city you live in probably has laws as well. Governments establish different standards so everyone lives together in peace and gets what they want and need from life.

Q6. List how you think the government affects your daily life?