The Escape Velocity of Earth

It is often that we wonder how it is possible for any mass to deny the gravitational pull of the earth. The mass of the earth is $\mathrm{5.972\:\times\:10^24\:kg}$ is quite heavy and based on its mass, its pull will be much stronger in nature.

This leads to the question of its possibilities and that provides the answer that the rockets induce the principle of huge velocities that are better known to be escape velocities. With this force exerted, the rockets are able to suppress the high gravitational pull of the earth and travel to outer space.

What are escape speed and its unit?

Escape speed is referred to as the minimum amount of speed that is required by a mass of the body that will propel the body from the surface of the earth. Escape speed is also known to be the escape velocity that leads to free respective body masses from the gravitational force (Haug, 2021). 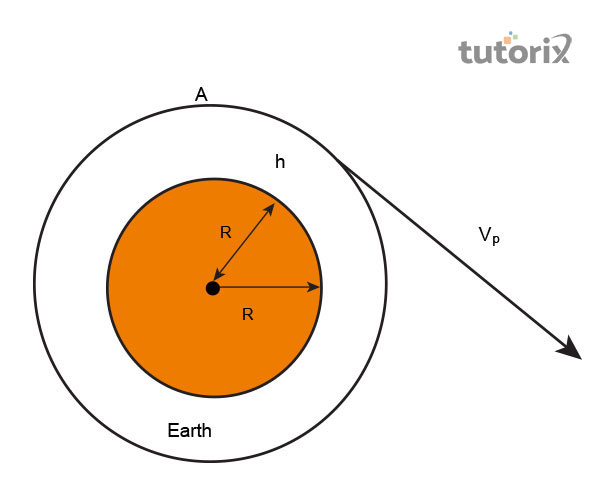 What speed is known as Escape Velocity?

In order to get an understanding of the speed associated with the escape velocity, we need to consider the earth to be a huge mass. More to this it needs to be understood that the object that wants to escape the gravitational takes into consideration the mass of the earth and its respective distance from the object that wants to escape (Müller, 2018).

Therefore, the speed will be derived based on these two aspects. This in turn states that with the increase in the mass and decrease in the distance of the object that wants to escape, the escape velocity needs to be invariably greater.

In order to derive the escape speed, the object and its velocity are to be considered. When the object tends to move, then the kinetic energy and its gravitational potential energy is considered to be zero. This in turn defines, that the according to the principle of conservation of energy it can be stated as 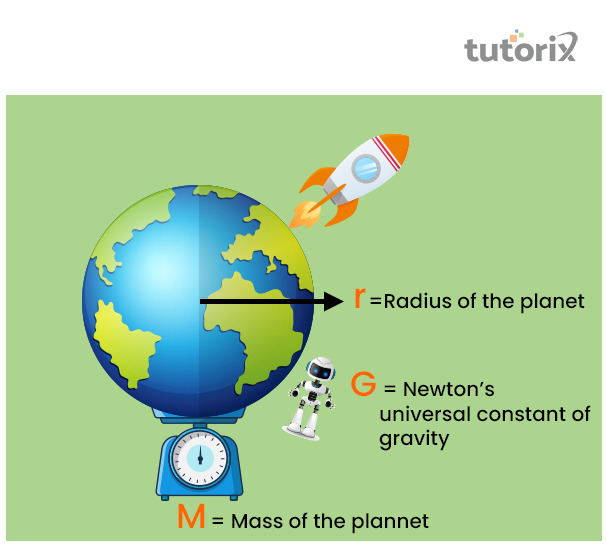 Value for escape velocity of the earth 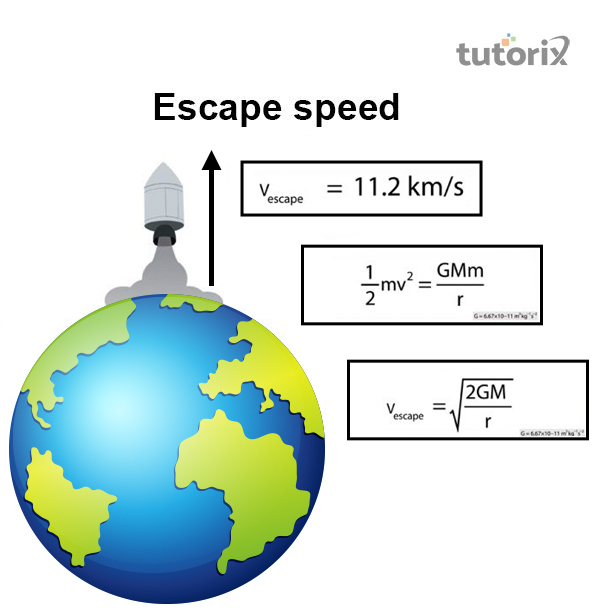 In this tutorial, it is noticed that an in-depth study has been conducted that has dealt with the notion of escape velocity. It is often to our wonder that we do not understand why the rockets of such negligible mass than the earth can easily escape the surface of the earth. However, it needs to be understood that there lays the simple physics that denotes the escape velocity, which is dependent on the aspects of mass and distance. Therefore, it is understood that the escape velocity is different for different celestial bodies.

Q1. What is the difference noticed between orbital velocity and escape velocity?

Q2.What is the relationship between the two notions of escape velocity and orbital velocity?

Q3. What are the factors on which escape velocity depends?

The factors, on which the escape velocity for a particular object depends on earth, include the mass of the planet earth and also the mean density which is denoted with the symbol ρ. However, it needs to be noted that the escape velocity does not depend on the direction of the projected body and its respective mass.