The Bharata Ratna M.S.SubbuLakshmi - Her life is a lesson to all

M.S. Subbulakshmi was born on September 16, 102 years ago. Phenomenal music, absolute humility, an epitome of Indian Culture, she made India proud. Anywhere in the world, there won't be a South Indian, or perhaps an Indian who does not know her name or not listened to her music. In many South Indian homes, the morning sun comes up with Sri Venkateswara Suprabhatam in MS voice. 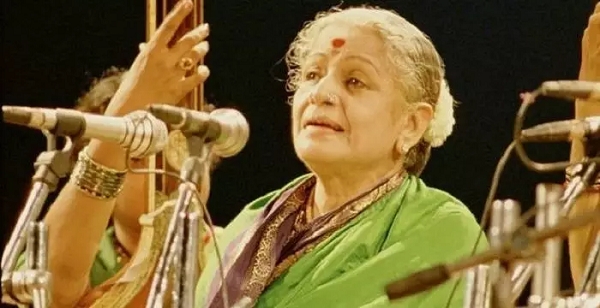 Born in a Tamil family of Musicians, Subbulakshmi’s training in Carnatic Music began at a very early age under her mother Shanmukavadiver Ammal, a well-known veena player, and she later learned nuances of Carnatic Music from the legendary vocalist Semmangudi Srinivasa Iyer. She was also trained in Hindustani classical from Pandit Narayanrao Vyas.

She started her singing career at the age of 10 when her first album was released. Her finest renditions include Vishnu Sahasranamam, Suprabhatam, Hanuman Chalisa, Bhajagovindam and Kritis of famous Annamacharya, Tyagarajaswamy and Meera bhajans. She was the first Indian Musician to perform in UN General Assembly on UN day in 1966. She traveled the whole world and gave many concerts. Always dressed in a Kanjeevaram Silk saree, with flowers in her hair she was worshipped as personified Goddess Saraswati on earth. 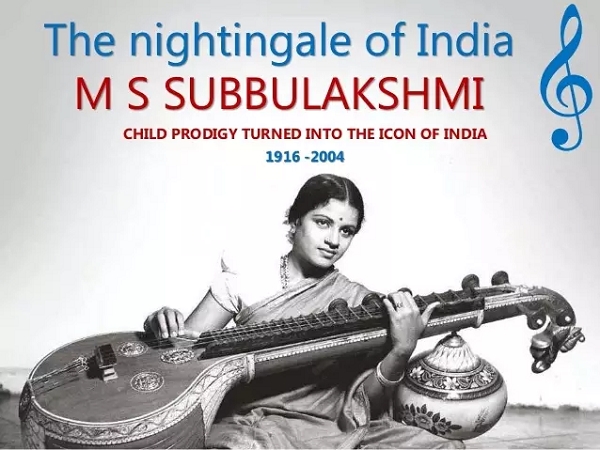 Jawaharlal Nehru used to say this about MS Subbulakshmi- "Who am I, a mere Prime Minister before a Queen, a Queen of Music". The great national leader and poet Sarojini Naidu called her "Nightingale of India".

Being a great humanitarian she performed for more than 200 charity concerts and was also known to have given away the bulk of her prize money for social causes. 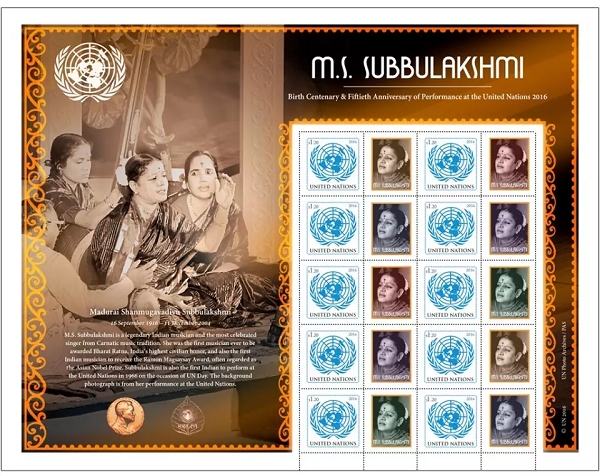 In 1988, she became the first musician to win the Bharat Ratna, the highest honor from Indian Government. MS Subbulakshmi was also the first Indian to receive the prestigious Ramon Magsaysay award in 1974. She has also conferred with the Indira Gandhi Award For National Integration.

She left the mortal world in December 2004 at the age of 88 yrs. On 18 December 2005, the United Nations issued postage stamps commemorating her birth centenary.