Perception comprises all types of sensory interaction, which acquire a subjective structure with the impact of observing external stimuli like the environment, objects, people, odor, actions, sounds, tastes, and colors, and the result of many distinct experiences. Subliminal perception is the type of perception composed of a series of stimuli of which the person is not consciously aware and gets under the influence involuntarily, to the perception with five sense organs in addition to it. 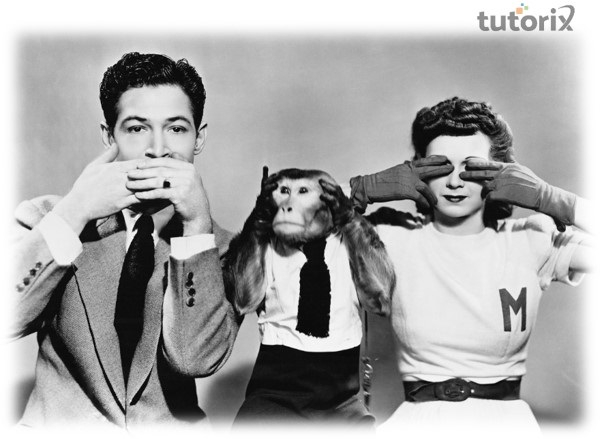 What is Subliminal Perception?

The meaning of the term subliminal perception has been changing over time. Some prefer to use perception without consciousness as an alternative that ignores the controversial issue of limen, i.e., threshold. Due to the effects on thoughts, actions, or feelings, it is relatively easy to measure experimentally; the difficult part about it is the evaluation of awareness of stimuli below the threshold of the subject. Perception without consciousness is authenticated only when the subject reports no consciousness of the stimuli, but some other notable effect shows that the stimuli were perceived nevertheless. The nature of the threshold is important for identifying the existence of subliminal perception since a stimulus is only subliminal when it is below the threshold of consciousness.

Some views can be obtained from naturally happening forms of subliminal perception. The primary visual cortex plays a vital role in visual perception, identifying the basic elements of visual stimuli. Almost all signals from the retina pass through this area before preceding the other areas specialized for different aspects of visual processing. People with partial or total damage have a loss of vision in part or all of the visual field. Nevertheless, some can still make appropriate judgments and distinctions about visual stimuli presented to the blind area. This condition, i.e., the ability to answer appropriately to visual stimuli without conscious visual experience, is known as blind-sight. Blind-sight is not a homogeneous phenomenon; patients differ greatly in their preserved visual abilities and subjective experience. In contrast to the research on blind−sight, which addresses stimuli that cannot activate a particular brain region, research on subliminal perception has mostly explored which brain regions are activated by subliminal stimuli. Such activation has been used to understand both what types of processing are possible with subliminal stimuli and whether the effects of subliminal stimuli are driven by different brain activation patterns than those of supraliminal stimuli, i.e., above the threshold of consciousness.

The mere exposure effect proposed by Zajonc in 1968 put forward a greater liking of a stimulus as an impact of greater exposure to the stimulus. Experiments have identified that the mere exposure effect is highly reliable and does not depend on conscious awareness of the exposure. The subliminal mere exposure effect is stronger than the typical mere exposure effect. A more complex method of altering the attitudes of individuals toward stimuli is evaluative conditioning, a way to transfer power from one stimulus to another. In this method, a target stimulus is constantly paired with a negatively or positively powered stimulus, and the target eventually gets the same negative or positive power. Subliminally presented stimuli can also affect judgments about both others and the self. Subliminal presentation of words related to the formation of impressions presumably activated similar cognitive operations as conscious instructions to form an impression.

Though evidence of subliminal stimuli affecting judgments and attitudes is fascinating, it does not necessarily follow that such stimuli will also affect the overt behavior of an individual. Effects of subliminal stimuli on behavior are also more controversial, as the case of subliminal advertising and persuasion fall under this heading. Social psychologists have constantly demonstrated that the same subliminal stimuli that affect judgments and attitudes can also affect overt behavior. Bargh suggested that subliminal stimuli can influence behavior directly through a perception-behavior link that bypasses conscious thought. In addition to the direct perception-behavior track, subliminal perception affects behavior through an indirect track via goal activation. Activation of a goal representation will lead to the activation of its corresponding means, impacting the greater likelihood of the means being carried out. Several types of primes can activate goals.

From the above discussion, it can be concluded that while much evidence supports some types of perception without consciousness, the argument has emphasized the research. Experts disagree on what should be called subliminal perception and how that effect can be measured experimentally. The dissociation paradigm and the thresholds for conscious awareness have been thoroughly criticized. However, the argument will continue, but the overwhelming part of evidence from a diverse set of independent experiments is hard to neglect. It looks like that subliminal perception, in some form, does exist and can be reliably measured.